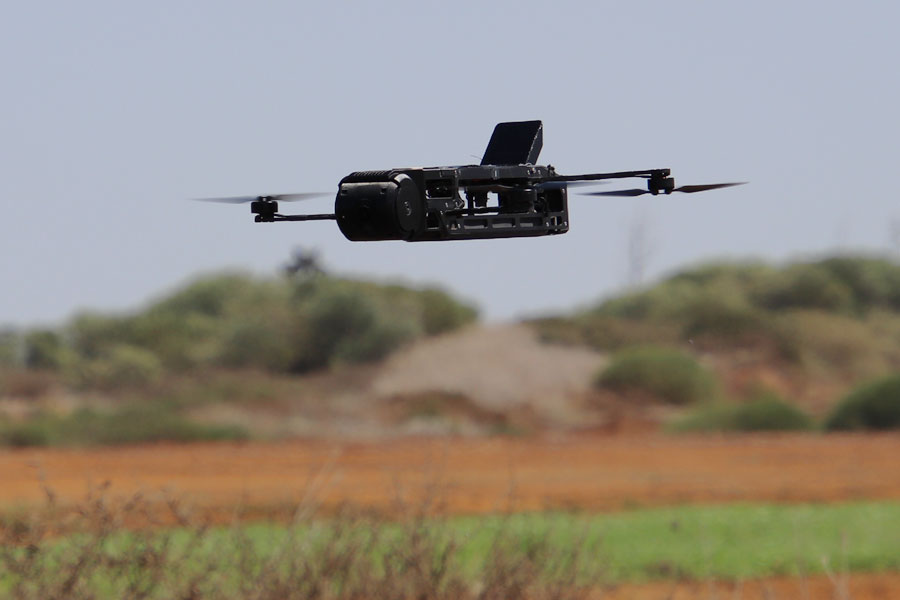 SpearUAV unveils the VIPER at AUSA ~ the first encapsulated and launchable hovering loitering munition system with capabilities against BLOS targets.

Enhancing force protection, the hovering capability of the VIPER enables aerial observation of targets – including the ability to review buildings floor by floor – in complex urban environments, while also offering mission abort and wave-off capabilities.

The rugged, compact, portable and wearable system can be launched on demand, with mission readiness achieved in less than a second, from both static and on-the-move positions. Intuitive and designed for single-user operation, VIPER requires minimum training. Fused day and night payload and Artificial intelligence-based computer vision for real-time target recognition and tracking enable intuitive user interface and ensure minimal collateral damage.

Adapted to all types of ammunition available today, the VIPER is equipped with the Ninox GCS (Ground Control System), which is compatible with Android, Microsoft Windows and Linux. Open system architecture integrates seamlessly with existing C2 systems.

“The VIPER system is the latest and most advanced development from SpearUAV,” says Colonel (Ret.) Gadi Kuperman, Founder & CEO of SpearUAV. “It combines all the features required for a precise attack – launch within a few seconds, the ability to hover slowly to detect and identify targets, and precise attack with minimal collateral damage. We are proud that this system has already been proven in the field.”