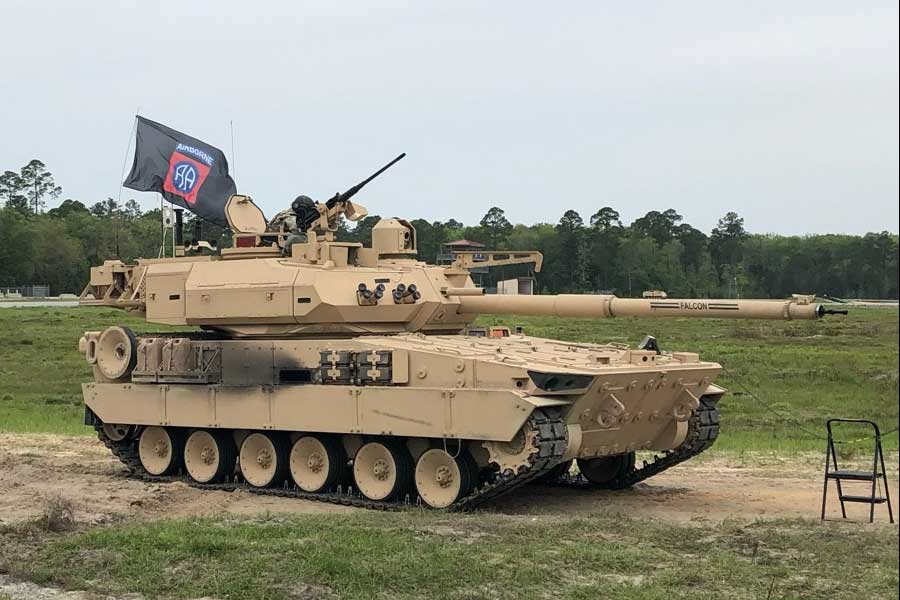 Press Release, Washington, 28 June 2022: The Army announced today the award of a $1.14 billion contract to General Dynamics Land Systems, Sterling Heights, Michigan, for the production and fielding of up to 96 Mobile Protected Firepower, or MPF, vehicles. The award comes just days after the Army closed out the MPF middle-tier acquisition rapid-prototyping phase and transitioned to a major capability acquisition programme with a favourable Milestone C decision — an incremental step in the Department of Defense’s acquisition process that moves into the production and deployment phase.

MPF will provide infantry brigades greater survivability, the ability to identify threat systems earlier and at greater distances, and will not restrict movement in off-road terrain. MPF will also allow Soldiers to move at a faster pace, protecting the assaulting force.

“The MPF programme did exactly what the Army asked, which was to complete a competitive and accelerated rapid prototyping effort with Soldier touchpoints,” said Mr. Doug Bush, Assistant Secretary of the Army for Acquisition, Logistics and Technology, and the Army’s acquisition executive. “MPF is a benchmark programme, as the acquisition and requirement communities worked together to complete the [middle-tier acquisition rapid-prototyping] phase and move this system into production in just under four years.”

The Milestone C decision came on schedule and was underpinned by strong support and overwhelming commitment from Army leadership.

“MPF represents a new capability for the Army, allowing our light manoeuvre forces to overmatch adversaries. Through multiple Soldier touchpoints, our Soldiers have operated the prototypes and provided crucial feedback to the design team, ensuring our forces will have the asset they need on the future battlefield,” said Maj. Gen. Ross Coffman, director of the Next Generation Combat Vehicles Cross Functional Team.

“Congress has provided us with flexible [middle-tier acquisition] legislation that allows for accelerated prototype delivery and Soldier operational feedback, which expedites the fidelity on technical and programmatic risks to better inform programme acquisition decisions,” Bush said.

The MPF will be the Army’s first new design vehicle fielded in over four decades, with first unit equipped planned for late fiscal year 2025.

“Today’s announcement sets in motion an important modernization effort for the Army. As a team we’ve worked diligently to make certain we’ve taken the right steps early on to accept risk where appropriate and move faster,” said Brig. Gen. Glenn Dean, ASA(ALT)’s programme executive officer for ground combat systems. “The Army is committed to delivering the MPF capability to the infantry brigade on an accelerated schedule with incremental improvements over time.”

During the low-rate initial production phase the Army will take delivery of MPF vehicles and conduct production qualification testing to include lethality, mobility, survivability, full-up system live-fire, and reliability, Availability and maintainability testing. Additionally, an initial operational test and evaluation will also be conducted, all leading to the first unit equipped. The award of subsequent low-rate initial production vehicle options will be based on review of cost, schedule and performance metrics defined in the acquisition programme baseline.

Designed by General Dynamics Land Systems, the highly lethal, survivable and mobile direct-fire combat vehicle melds recently developed and battle-tested designs to dominate ground threats on the multi-domain battlefield. The MPF vehicle employs a four-person crew and features an enhanced thermal viewer, a large-calibre cannon, a lightweight hull and turret, and a modern diesel engine, transmission and suspension system. It has been designed from the start for capability upgrades, based on future operational needs.

“We are honoured that the Army has chosen our offering for this important program,” said Gordon Stein, General Dynamics Land Systems vice president and general manager for US operations. “Our team worked tirelessly to deliver our prototypes in time to support the Army’s evaluation plan, and we incorporated Soldier feedback into the final design.

“The MPF vehicle has been purpose-built for the IBCTs to give them decisive lethality, mobility and survivability on current and future battlefields.”