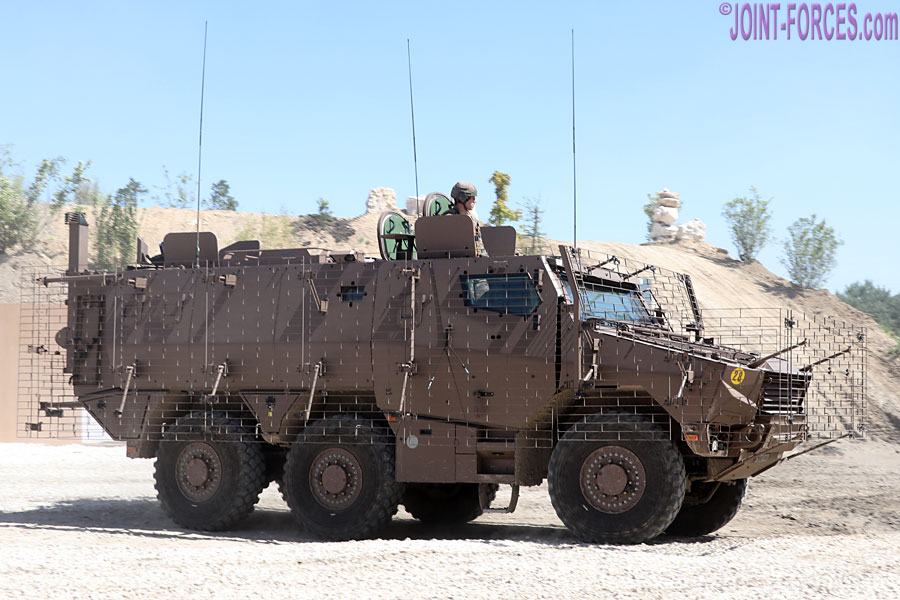 SCORPION programme ~ the GRIFFON SAN, the Sanitary (i.e. Medical) version of the French Army 6×6 VBMR, is qualified by the DGA.

Press Release, Paris, June 2022: In accordance with the framework set by the SCORPION programme, the Sanitary version of the GRIFFON has recently been qualified by the French procurement agency (DGA).

Designed within the GME EBMR (Nexter, Arquus and Thales), the GRIFFON is a modern 24-ton multi-role armoured vehicle (VBMR) integrated into the SCORPION information system. The 1872 GRIFFON planned by the SCORPION programme are being delivered to the Army since 2019. The purpose of the SAN version is to ensure the recovery and evacuation of injured personnel on the battlefield. It provides evacuated personnel and the onboard medical team with greatly improved protection, mobility and conditions for performing medical procedures compared to existing resources. The first GRIFFON SAN are expected in 2023. They will fulfil one of the multiple missions of the GRIFFON MRV, provided by its numerous versions: troop transport, command post, communication relay, artillery observation or the 120mm mortar version (MEPAC), the production order for which was recently notified by the DGA. Deployed since 2021 in the Sahel by the French Army, the GRIFFON is appreciated for its operational qualities, its mobility and its ease of maintenance.

The GRIFFON shares common equipment with the other SCORPION vehicles, such as the vetronics and the SCORPION combat information system (SICS), which offers new communication capabilities and allows the digitisation of the battlefield, as well as the remotely operated turret, which combines observation, protection and combat capabilities, at the heart of collaborative combat. The GRIFFON was developed as part of the SCORPION programme to renew the medium armoured vehicles of the French army alongside the JAGUAR armoured reconnaissance and combat vehicle and the SERVAL light armoured vehicle.

The GME EBMR is delighted with this qualification, which completes the range of capabilities of the GRIFFON. The Nexter, Arquus and Thales teams remain fully mobilised to provide the French Army with the equipment it needs to fulfil the missions it has been assigned today.