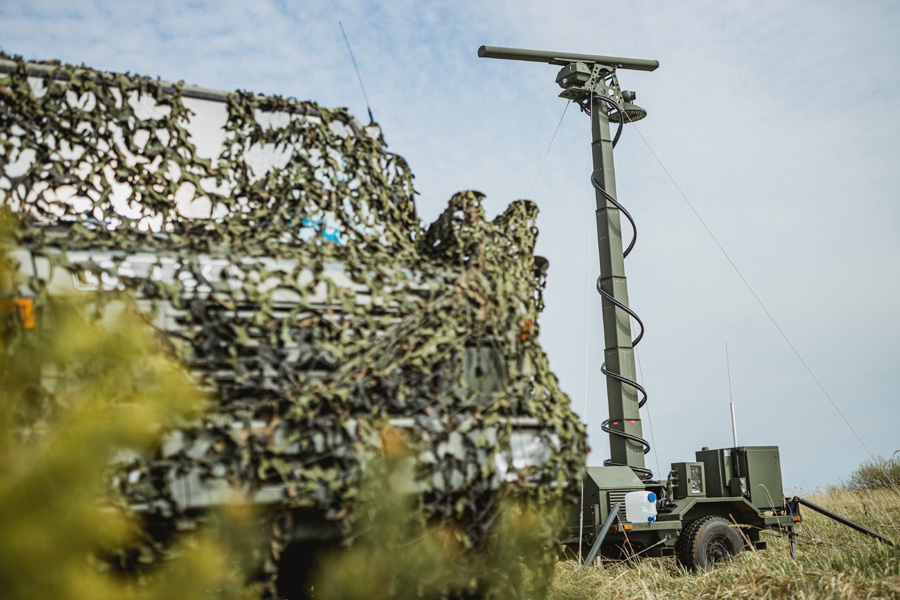 The Estonian Navy is monitoring the Irbe Strait, between Latvia and Saaremaa island, using new mobile radars during Exercise SIIL 2022.

Press Release, Tallinn, 22 May 2022: In Saaremaa, the [Estonian] Navy was tasked with taking the entire Kura Kurk (Irbe Strait) and the port of Mõntu in Saaremaa in order to ensure the laying of minefields by transmitting information to their units and to detect the movement of opponents.

In order to carry out this task, a radar station was set up with another in reserve to have the widest possible area under observation. The radar will provide the Navy with sufficient observation of both the Kura Kurk and the area around the port of Mõntu. “We can see over 40 kilometres away with what is happening in this area all the way to Latvia, even the smallest fishing boats can be identified,” said Janno-Joosep Naaber, the head of the monitoring group. “In addition, there is also a camera with a very high zoom at the top of the radar, which has thermal performance.

“Here at night you can even see rabbits moving in the grass behind the coast i.e. we have good observation, the detection capability is good and first security is also guaranteed by us. The force we have here is enough to deal with the first attack, but we are not a combat unit. We are the eyes and ears, then when displaying the situation at sea to our combat units,” he explained. “If we find an opponent, we can get the relevant units to react. The plus of the current position is that we have more power to react. We have the resources to man the posts, patrols and, of course, the radar itself.”

Since SIIL 2022 is the first time that they have actually been on the scene with this unit, consequently many things are still being practised. “We have written everything down on paper, but it’s now a real practice for this unit to see how these things actually work in the field. How long do they work, how long do they take and how long will it take to pack this whole thing up and move away here,” Naaber said.