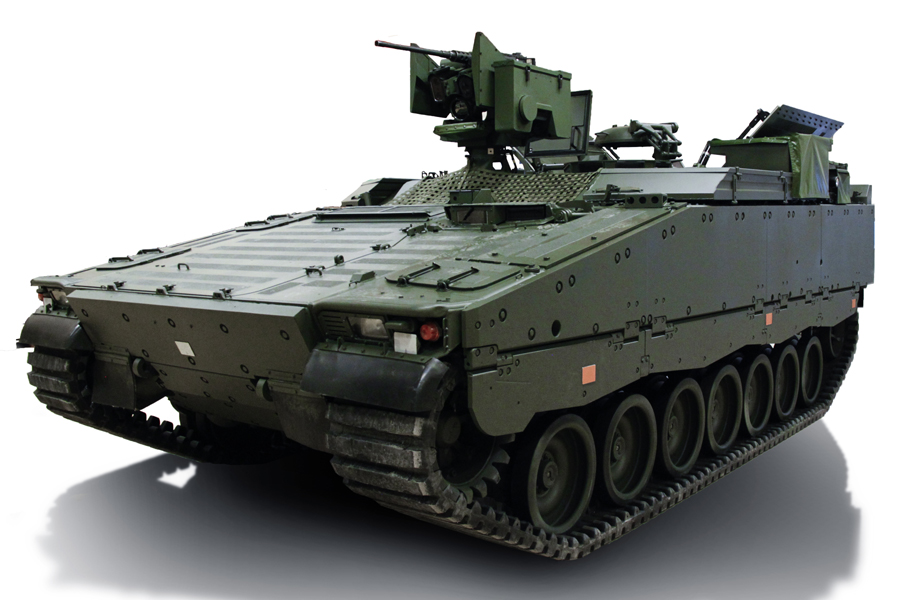 The first four modernised CV90 Combat Support Vehicles were delivered to the Norwegian Armed Forces by partner Ritek AS in Levanger.

Press Release, Örnsköldsvik, 20 May 2022: The first four CV90 Combat Support Vehicles were delivered to the Norwegian Armed Forces during a ceremony hosted by local industry partner Ritek AS in Levanger, Norway. The four vehicles are the first of 20 modernised CV90 engineering vehicles BAE Systems will deliver, in partnership with Ritek and the Norwegian Defence Materiel Agency.

“While rebuilding these vehicles, it has been important for the government that Norwegian jobs are supported, said Bent Joacim Bentzen, the State Secretary in the Ministry of Defence. “This has been possible thanks to a smooth and well-functioning collaboration between the Armed Forces, Defence Material Agency, Ritek and the licenser BAE Systems Hägglunds.”

Partnering with the Norwegian defence industry was a key factor in getting the contract signed and the vehicles into production quickly, under measures implemented by the Norwegian parliament to support the country’s economy through the challenges posed by the coronavirus pandemic. BAE Systems serves as the main supplier, while Ritek plays a central role in purchasing, logistics, final assembly, and integration. Ritek has also been responsible for coordinating the project and growing the participation of Norwegian industry. As a result, about 20 Norwegian companies are now qualified suppliers of products and components for the CV90 vehicles, and an integral part of BAE Systems’ Norwegian supply chain.

“This is an example of how it is possible to achieve fast deliveries through well-functioning cooperation,” said Gro Jære, Director of the Defence Material Agency. “Just over a year after the contract was signed, we can now confirm that we are in the process of delivering the latest production series of CV90-based combat support vehicles to the Armed Forces. I would like to thank BAE Systems, Ritek, and my project staff for their flexibility, focus on delivery and effort so far.”

The close cooperation between all parties has broadened Norway’s overall national capacity in the defence vehicle space and its preparedness to support the vehicles. The Norwegian CV90 fleet is fully digitalized, and among the most advanced combat vehicles in the world.

“Norway should be proud of its ability to work with political leaders, procurement authorities, and industry to innovate and meet challenges like COVID-19 in a world of uncertainty,” said Tommy Gustafsson-Rask, managing director of BAE Systems Hägglunds. “Yet again, this milestone project demonstrates the strength of the relationships between all partners by delivering high-quality vehicles, on time and on cost.”

The delivery ceremony coincided with the completion of Ritek’s new assembly hall for the CV90 project, which increases the total workshop area to 5,500 square metres. The hall is designed to meet all requirements for lifting capacity and flexibility in Ritek’s existing defence-related project portfolio and for future projects.