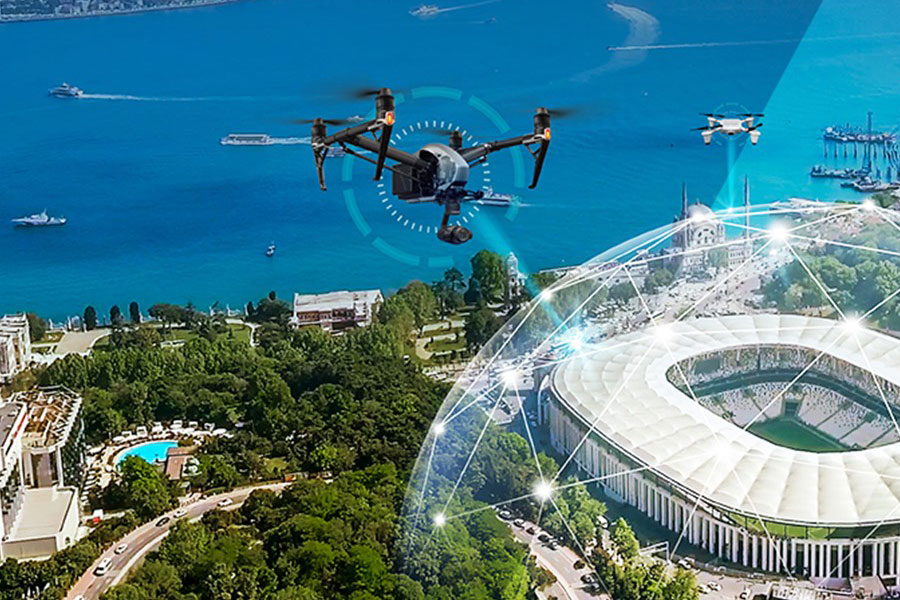 Press Release, Paris,29 Apr 2022: Thales and CS GROUP are working with their partners in France and Europe’s defence industrial and technological base on developing PARADE (Programme de protection Protection déployAble modulaiRe Anti-DronEs / Deployable, Modular, Anti-Drone Countermeasures Protection Programme) capability to provide permanent deployable protection for critical infrastructure from drone threats. The programme [which] follows an open competition contract was awarded after a European competitive tendering process launched by the DGA in 2021 to strengthen the drone countermeasures (Counter-UAV) capabilities of the French armed forces.

Millions of new drones will enter the skies over the next 20 years, creating an extremely complex aviation ecosystem and raising significant safety and security challenges. To address this constantly evolving threat environment, the consortium led by Thales and CS GROUP will provide a scalable, modular, multi-mission drone countermeasures system to protect people, fixed military sites or facilities deployed abroad. The system can also be used by the armed forces to help protect events, people and civil and military infrastructure, in particular during large gatherings. PARADE will be a modular, multi-mission system that can be deployed by the armed forces on a temporary basis to protect a fixed site or as part of military operations overseas.

Drone countermeasures are a priority for the French government as the preparations for the Paris 2024 Olympics continue. The partnership between Thales, a recognised player in civil and military air operations for over 40 years, and CS GROUP, an integrator of critical drone countermeasures systems in France, is an integral part fully aligned with the missions conducted under the country’s special air security arrangements (DPSA – Dispositif Particulier de Sureté Aérienne / Special Air Security Arrangements) designed to provide enhanced protection during sensitive events. PARADE will provide additional detection and response capabilities for the DPSA, improving security for two forthcoming international sporting events due to take place in France: – the 2023 Rugby World Cup and the 2024 Olympic and Paralympic Games – for which drone countermeasures are a government priority.

The contract initially first order calls for the acquisition of six PARADE drone countermeasures systems. With contributions from French SMEs such as CerbAir, Exavision and MC2 Technologies, as well as the Dutch company Robin, the PARADE system will provide decision support and, analysis of complex situations and the capability to neutralise micro-drones and mini-drones. The programme contract also includes operator training and system/ and equipment maintenance and upgrades.

The PARADE system provides permanent 360° site protection and is designed for easy transport from one site to another by road, air or sea, considerably increasing its scope of use and speed of deployment. This solution could also be used for combined civil-military operations, for example to protect critical infrastructure such as military bases in France or in overseas theatres of operations. The first PARADE systems will be delivered to the DGA within a year of the launch of the programme.

As an expert in air supremacy, Thales offers integrated solutions to protect airspace, citizens and infrastructure, and will draw on its experience as a systems integrator and its know-how in air defence, cybersecurity and digital architectures. CS GROUP is a pioneer in drone countermeasures and has deployed operational solutions to meet civilian as well as military requirements since 2016. The company develops modular, scalable, interoperable, cybersecure systems built around a command and control capability that uses artificial intelligence and data fusion technologies to provide a clearer understanding of this constantly evolving threat.

“Thales’s drone countermeasures solutions ensure safety and security at all levels of military and civil airspace. The expertise and experience of our industry ecosystem and our partnerships with French SMEs offer real opportunities for us to innovate and further enhance our value proposition. The consortium led by Thales and CS GROUP enables us to offer a drone countermeasures solution that meets the requirements of the DGA and the French armed forces and ensures the highest level of safety and security for people in large gatherings.” Thomas Got, Managing Director, Integrated Airspace Protection Systems, Thales.

“CS GROUP has been involved in drone countermeasures for over eight years and actively monitors the latest technological advances in order to respond effectively to the evolving drone threat and meet the related operational requirements, from large-scale event security to counter-terrorism and protection for troops on overseas deployments abroad. The partnership between CS GROUP and Thales provides a comprehensive vision of air security at all levels to guarantee permanent situational awareness and determine the best way to respond to threats. We are very proud that our consortium has been selected for the PARADE programme and that our solution will be helping to keep people safe at major events.” Marie de Saint Salvy, Deputy Chief Executive Officer, CS Group.