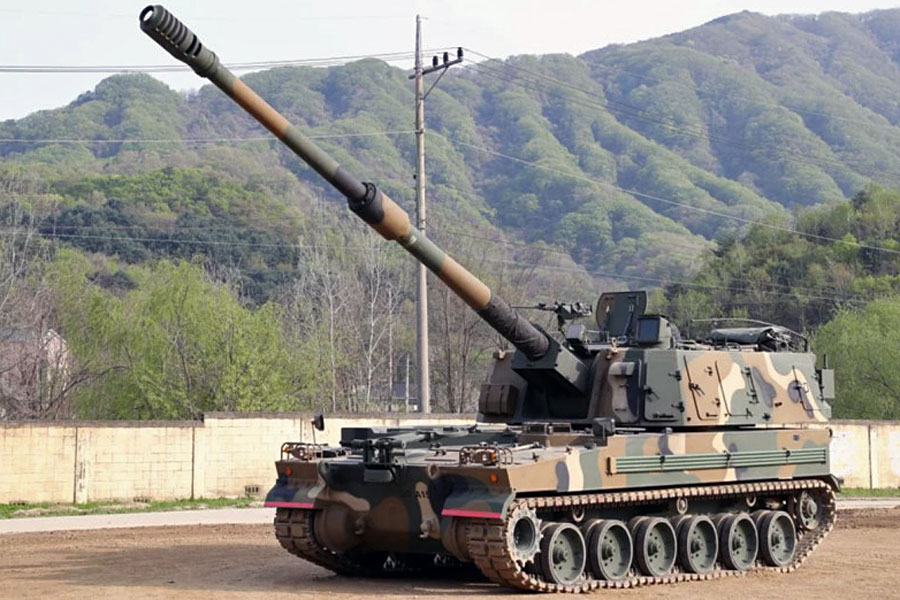 Hanwha Defense Australia has been contracted for project Land 8116, a $0.9 to $1.3 billion project to acquire self-propelled artillery systems. The company is also one of two shortlisted contenders for another multi-billion-dollar project where the Commonwealth is seeking to acquire 450 Infantry Fighting Vehicles for the Australian Defence Force.

“This is a great day for Hanwha with working beginning on what will be our first major manufacturing facility outside the Republic of Korea,” said Mr Jaeil Son, President and Chief Executive Officer of Hanwha Defense Corporation. “I am pleased and honoured on behalf of Hanwha that the Prime Minister of Australia Mr Scott Morrison was able to take time in his schedule to attend this ceremony today.

“Hanwha appreciates the assistance of the Victorian State Government in setting up our new facility in Victoria, and we also grateful to the City of Greater Geelong Council for their warm welcome of Hanwha into the community,” Mr Son said.

“The new Hanwha facility to be built on this site will be a key addition to Australia’s sovereign defence capability,” said Mr Richard Cho, the Managing Director of Hanwha Defense Australia. “Both countries have much to gain from each other economically, but benefits are especially significant in terms of regional security. The long-standing trust and friendship between Australia and the Republic of Korea is a great asset.”

“With Australia’s close proximity to Republic of Korea, and the strong bilateral relationship between the two countries, Hanwha’s Australian facility will also become a critical and important secondary line of supply back to South Korea.

“The Australian operation will also help Hanwha fulfil contracts in other parts of the world and deliver capacity to engage with Five Eyes nations,” Mr Cho said.

Construction of a state-of-the-art specialist armoured vehicle manufacturing plant is scheduled to take 24 months to complete. It is estimated that over 100 jobs will be created during construction of the $170 million Hanwha facility, which will ultimately support a large, long-term set of advanced manufacturing jobs when completed.

The 32,000 square metre state-of-the-art facility will initially be focussed on the production of Hanwha’s AS9 self-propelled howitzer and AS10 Armoured Ammunition Resupply vehicles, but pre-planning has been conducted to allow for the rapid expansion of operations should Hanwha also win the Infantry Fighting Vehicle project.

In addition to the potential for multiple assembly lines, the plant will feature a 1500 metre test track, a deep-water test facility and an obstacle course to ensure the Hanwha vehicles function as intended prior to delivery. Ample provision has been made for Hanwha’s Australian industry partners to co-locate on the new site as necessary to streamline the manufacturing process and add maximum versatility as Hanwha’s Australian interests expand.

On display at the event were examples of the AS9 Huntsman self-propelled howitzer and the AS10 armoured ammunition resupply vehicle that will be manufactured in the new facility. The Hanwha AS9 Huntsman was specially developed for Australia to incorporate learnings and experience from the global fleet of over 2400 K9 howitzers. With the AS9 Huntsman, Hanwha is offering a proven 52-calibre 155mm gun system that is in-service with multiple nations around the world including the NATO alliance. The AS10 Armoured Ammunition Resupply Vehicle is a highly protected and manoeuvrable ammunition resupply vehicle with a unique loading system that reduces risk to soldiers from enemy fire.

Local production of the AS9 and AS10 Huntsman vehicles will see Australia enter the global supply chain for the entire fleet with ongoing development of Australian Manufacturing and Supply Chain to global K9 user community. There will be full engineering support in Australia with reach-back to all original equipment manufacturers. The AS9 Huntsman features the highest levels of protection and survivability for this class of vehicle. Its mission and fire control systems provide fully automated support for planning, coordinating, controlling and executing fire missions. Huntsman is a mature protected mobile fires platform that is low risk with proven ability to deliver.