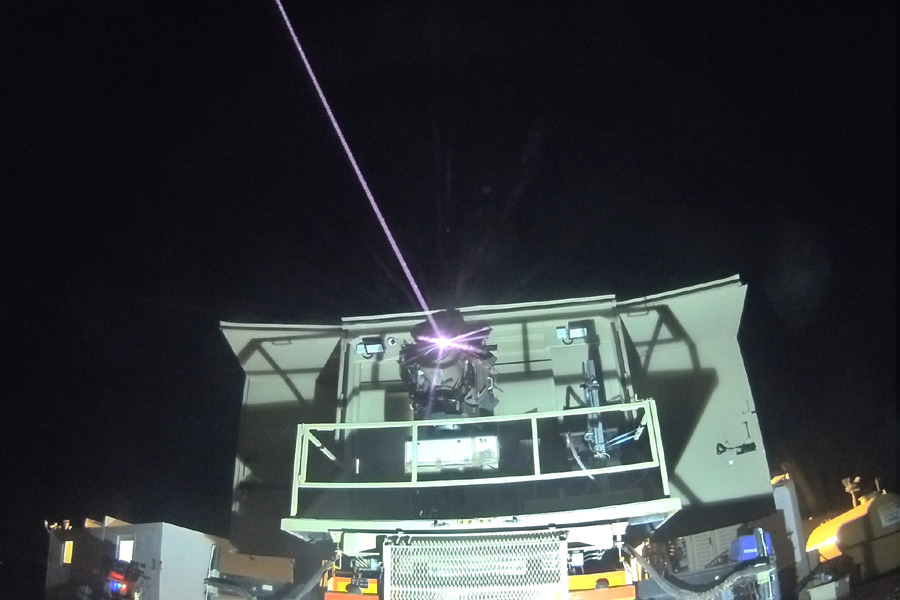 RAFAEL’s Iron Beam provides Israel with a capability unlike one seen elsewhere in the world by successfully developing a high-power laser technology at an operational standard with operational interception capabilities. The tests are the first phase of a multi-year programme led by the DDR&D and defence industries. The programme aims to develop a high-power ground and aerial laser system equipped to deal with long-range, high-intensity threats. The laser will complement the ‘Iron Dome’ system and will be an effective and economically efficient addition to Israel’s multi-tiered air defence array. The system’s development plan is led by the Research and Development Division in the Ministry of Defense’s DDR&D.

CEO and President, Rafael Advanced Defense Systems, Maj. Gen. (Res.) Yoav Har Even: “RAFAEL is proud to have completed this initial series of tests with the world’s most innovative high-power laser. The successful tests included the interception of a wide range of threats and have proven the system’s remarkable capabilities. Our cooperation with the DDR&D and the Ministry of Defense has led to this extraordinary development, constituting a significant milestone in the process to achieve operational capability. I am confident that this technological breakthrough will lead to future capabilities in directed energy, including the high-power laser system. This achievement is the result of RAFAEL employees’ tireless work contributing to Israel’s security while preserving and developing technological capabilities to ensure Israel’s qualitative advantage.”

Head of DDR&D, Brig. Gen. (Res.) Daniel Gold: “The DDR&D leads significant research and development programs in various technological fields that support the IDF and the State of Israel. The high-power laser system will form an integral part of Israel’s multi-tiered air defence array. This technological breakthrough has come at a time when the operational demand for the system is at an all-time high. These tests have been a great success thanks to the creativity, innovation, and knowledge inherent in the research and development processes. In recent years, the DDR&D has led the laser program in partnership with the IDF and the defence industry, under the command of the DDR&D’s Head of R&D, Brig. Gen. Yaniv Rotem. They are the people who turned vision into reality. The DDR&D will continue to lead the research, knowledge, and technological developments that form the base of the ground-breaking systems used to protect the State of Israel.”

Head of R&D at the DDR&D in the Ministry of Defense, Brig. Gen. Yaniv Rotem: “The completion of these innovative tests using a high-power laser is just the beginning of our vision. This is the first time we’ve succeeded in intercepting mortars, rockets, and UAVs from such challenging ranges and time intervals. The laser is a game-changer thanks to its easily operated system and significant economic advantages. The next step is to continue the development and initial system deployment within Israel. Our plan is to station multiple laser transmitters along Israel’s borders throughout the next decade. We will continue to simultaneously develop advanced capabilities, including the aerial laser.”