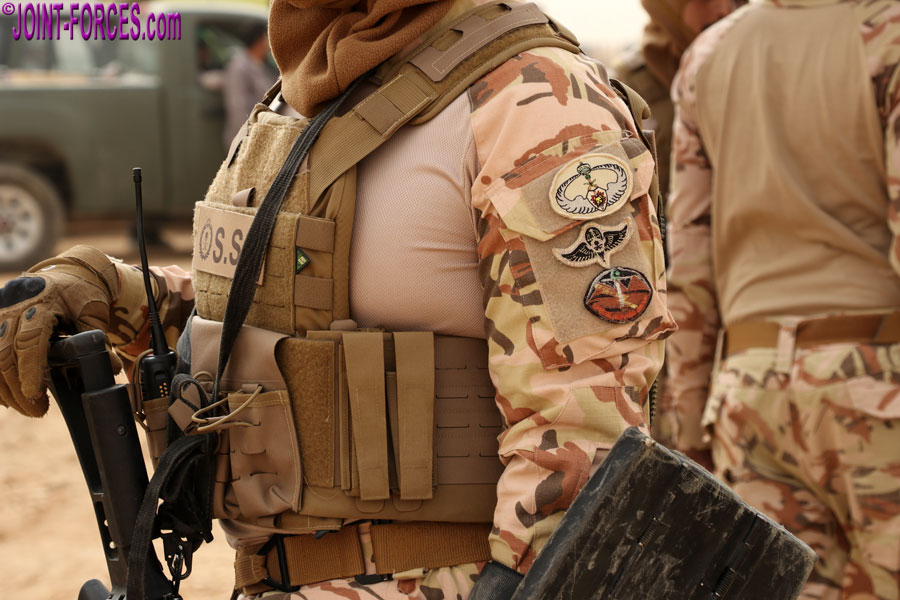 At the recent WDS 2022 (World Defence Show 2022) expo in Riyadh I spotted some interesting boots, camo and rations on display, reports Bob Morrison.

The lack of availability of reasonably priced flights back from Riyadh regrettably limited my time at WDS 2022 to just three of the four full show days so I was unable to cover everything on display but in addition to concentrating primarily on rarely seen Saudi Armed Forces equipment and meeting with Arabian companies not found on the wider defence expo circuit, I also took the time to seek out a couple of European specialist defence sector exhibitors that I had not previously had the opportunity to meet. As well as photographing combat boots and ration packs samples briefly borrowed from their stands, I picked up their latest sales brochures for reference and in the not too distant future I hope to be able to pen review features of promised samples.

Samelin AS is an Estonian footwear manufacturer, based in Tartu and originally established in 1945, which today produces 10,000 pairs of boots and shoes each month and in addition to supplying the Estonian Defence Forces also exports to the Finnish, Latvian, Lithuanian, Norwegian, Saudi Arabian and Swedish armed forces. The company also supplies black boots and safety shoes to Estonian and Norwegian police forces. Naturally they had desert boots on show but they also displayed black and brown combat boot models at WDS 2022.

Albisabores is a Portuguese food company founded fifteen years ago which in addition to supplying foodstuffs and drinks also produces a wide range of Western, Halal, Hindu and Vegetarian bagged and boxed ration packs for the home and overseas markets. At WDS they had examples of both the Portuguese Air Force 24-hour Individual Combat Ration and Portuguese Air Force Individual Flight Ration packs on display; as is still common in warmer climes, these packs primarily featured tinned rather than retort pouch main components.

On the camouflage side, for future Kit & Camo articles I was also able to photograph both the RSLF (Royal Saudi Land Force) digital pattern, including a four-view sequence, and the rare Saudi SSF (Special Security Forces) four-colour disruptive pattern, though no four-view for this one I’m afraid. I intend producing features on the Saudi camo patterns first and will follow up with boots and rations features once (hopefully) samples arrive and I have had time to try them out.