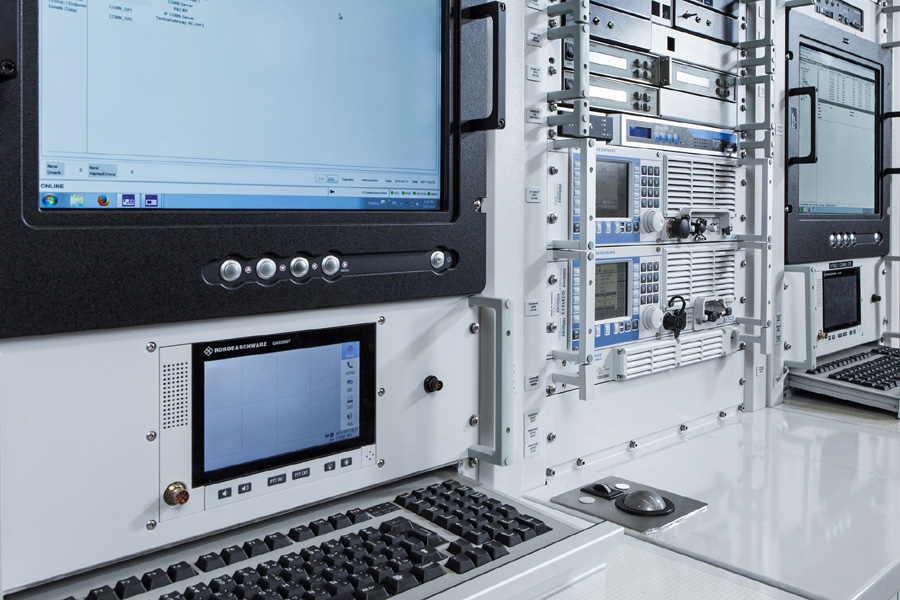 MLS NAVICS on the first ECCPB ~ Rohde und Schwarz raises the bar on delivery of fully integrated communications to the Royal Australian Navy.

“It’s a great day for Austal and Navy, but also for Rohde & Schwarz Australia, which as Communication Systems Integrator (CSI) has achieved a number of record milestones that have significantly contributed to this day becoming a reality,” Mr. Evans said. “Within just five months of contract execution we completed the design of our customised NAVICS internal and external communications solution for the Cape class.”

In an extraordinary feat, both Factory and Harbour Acceptance Testing were successfully completed within 11 months and 17 months respectively of contract award. This is an outstanding achievement by any measure and most certainly in the Australian context, “and I’m extremely proud of the effort of the Rohde & Schwarz Australia team and their counterparts at Austal,” Mr. Evans continued. “In addition, the system they’ve integrated into Cape Otway is the first Multi-Level Security (MLS) NAVICS system to have completed this level of operational preparedness anywhere in the world.”