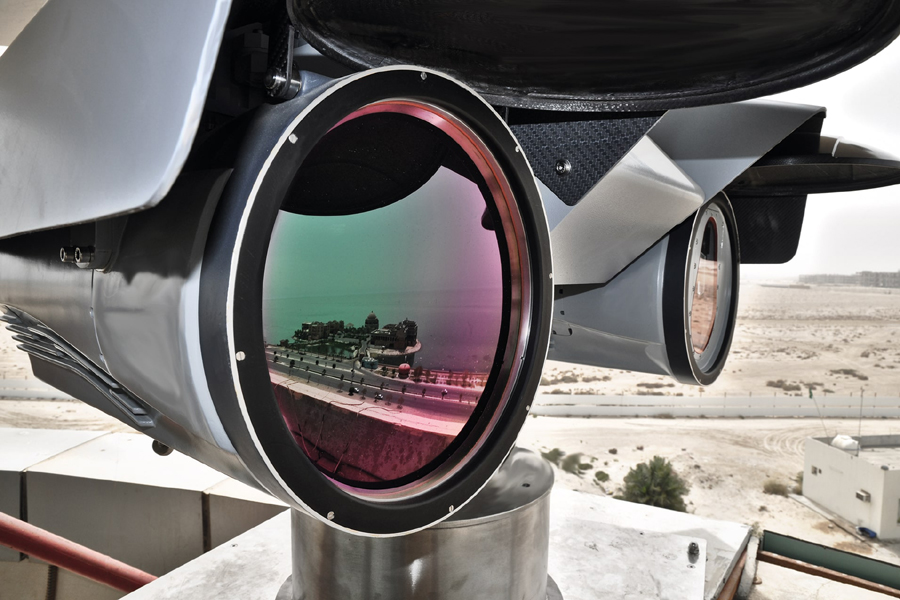 Z:NightOwl M can be operated on mobile and stationary platforms [© HENSOLDT AG]

Press Release, Oberkochen, 18 March 2022: Once again, sensor solutions provider HENSOLDT has been able to demonstrate its capabilities in the field of high performance and surveillance optronics. With 17 high-performance cameras of the type Z:NightOwl M, the company is supplying an easy-to-integrate system with extreme range to an unspecified country within Scandinavia. The size of the order is close to 10 million Euros. At the customer’s site, the cameras, which are equipped with a laser rangefinder, are used within the national border surveillance on land and at sea.

In addition, all systems are equipped with the HENSOLDT operating software Z:ASSESS. This enables integration into an existing network. In combination with radar, daylight and thermal imaging cameras, Z:NightOwl M can provide the user with a complex situation picture in real time in a visually simple manner. With the help of artificial intelligence, Z:ASSESS is also able to hide visual restrictions such as fog, haze and mirages. For the customer, the software was customised according to his wishes.

In addition to the systems themselves, a comprehensive maintenance package is also an elementary part of the contract. In addition to training sessions for the users, this also includes several spare parts and maintenance programmes as well as hardware and software updates. Z:NightOwl M is capable of remote diagnosis. Based on customer feedback, all sensors and the associated service concept are constantly being improved. For example, the current generation of cameras from the Surveillance Optronics division is IP-based. This significantly reduces the integration effort in third-party or existing legacy systems.