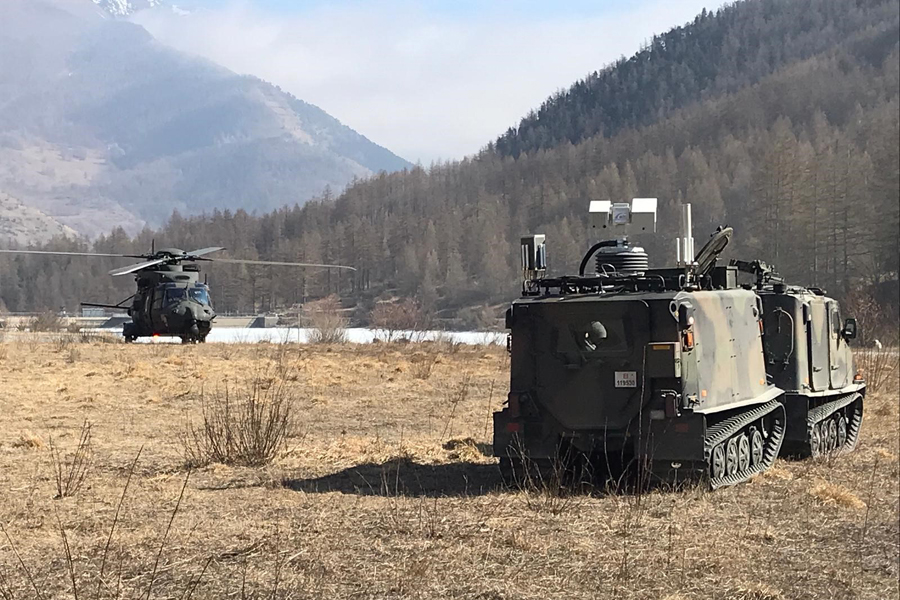 Press Release, Sestriere, 04 March 2020: Elettronica presented the Snow Leopard evolution of its ADRIAN counter-drone system during a recent NATO exercise held in Sestriere northwest Italy. Snow Leopard can be deployed in extreme conditions and used while mobile. These capabilities have been realised through Artificial Intelligence (AI) techniques applied to signal process and imagery analysis.

For this specific demonstration, the system was installed on a BV S7 vehicle of the Italian Army. However; the system can be easily installed on other vehicle types, and also be used for the protection of fixed targets.

Based on the operational requirement and concept of use, the counter-drone system uses electro-optical devices and an electronic support measure to detect and locate the drone and its ground control station via its radio signals. This guarantees the identification and classification of drones at sufficient distances to ensure an adequate response time. Elettronica paid particular attention to the system’s user interface which allows Snow Leopard to be used in even the most adverse operating conditions.

“Elettronica has long supported NATO with respect to increasingly challenging operational needs in extreme environments. This has culminated in the Snow Leopard counter-drone system designed for mobile operations and conceived with advanced AI algorithms; a direct result of the company’s considerable investment in research and development.” Says Paolo Izzo, Elettronica’s Chief Sales Officer.