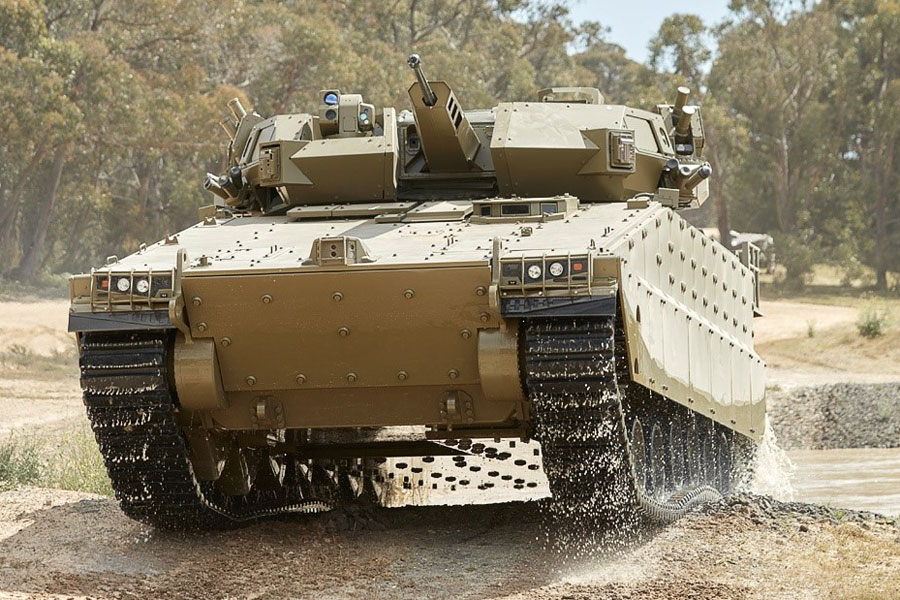 Press Release, Seoul, 18 February 2022: The Republic of Korea Army has set up an action plan to trial the Redback infantry fighting vehicle (IFV) developed by Hanwha Defense, as the tracked combat vehicle returns home in March after its successful tests and evaluations during 2021 in Australia as one of the two final candidates for LAND 400 Phase 3.

Under the plans, a Redback vehicle is to be handed over in April to an armoured cavalry unit of the ROK Army for two months of trials aimed at reviewing the Redback’s advanced technologies and operational capabilities. The trials will be focused on the Redback’s mobility, operability and maintainability, as the futuristic tracked IFV has successfully navigated the Risk Mitigation Activity tests and evaluations conducted by the Australian Defence Force from February to October 2021.

For mobility tests, the vehicle is set to be assessed on paved and unpaved roads with various driving skills, including pivot, obstacle clearance and night manoeuvring with situational awareness equipment. Operability trials will include evaluation of situational awareness cameras, operation during hard braking, load space and the ergonomics of various seating configurations. Tactical operations of the auxiliary power unit and turret systems are also to be tested.

To review the Redback’s operational sustainability, the vehicle will also be assessed in various recovery situations. During trials, the Redback is also scheduled to demonstrate its off-board Health and Usage Management System (HUMS), which monitors and diagnoses component faults in their early stages.

The Redback is a fifth-generation IFV featuring a range of state-of-the-art technologies, including composite rubber tracks and an In-arm suspension units (ISU). The rubber tracks reduce noise and vibration significantly while offering superior ride quality for its crew and the soldiers it protects. The advanced ISU allows more space for add-on armour to mitigate blast underneath. The Redback is also equipped with high-tech sensor systems such as IRON VISION, which allows the crew to see through the vehicle’s armour by projecting the image outside the vehicle onto their helmet-mounted displays, and the IRON FIST active protection system.