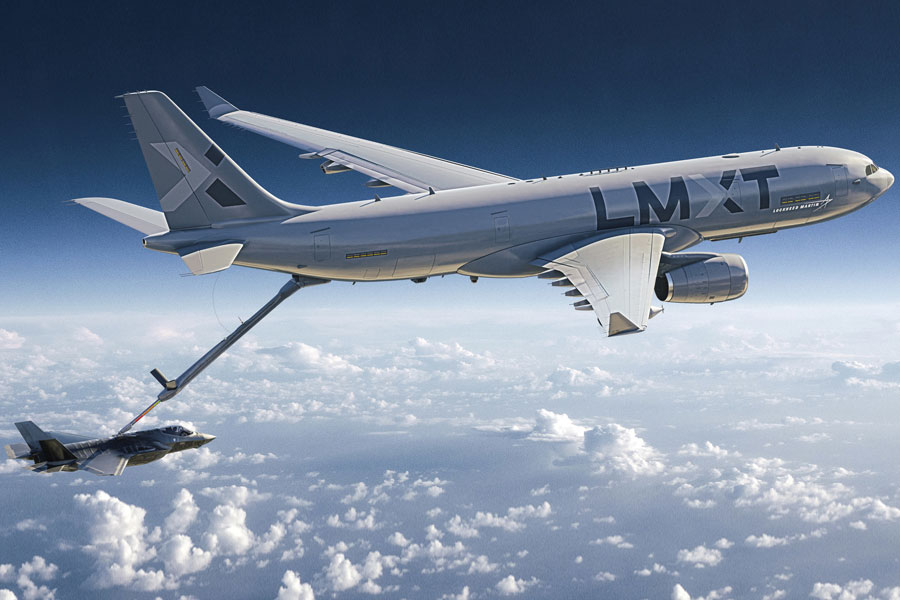 “Establishing this production work in Alabama and Georgia confirms Lockheed Martin’s commitment that the LMXT will be built in America, by Americans, for Americans,” said Lockheed Martin Chairman, President, and CEO James Taiclet. “The LMXT will strengthen global security by enabling our US service members to carry out their most critical missions at extended ranges. At home, the LMXT will strengthen job growth and manufacturing by drawing on the experience and talents of a high-tech American workforce in two states that are proven leaders in aviation.”

The LMXT represents the newest chapter in Lockheed Martin’s 60-plus year history of producing and delivering tanker and large aircraft for the US Air Force, US Marine Corps, US Navy and multiple operators around the world. Built on the combat-proven design of the Airbus A330 Multi Role Tanker Transport (MRTT), the LMXT leverages known performance and capability insights from the strategic tanker of choice used by 14 nations around the world to currently refuel fighter, transport and maritime patrol aircraft for the US and allied partners.

“Over our 50-year history in the US, some of our proudest moments have come from supporting our American service members,” said C. Jeffrey Knittel, chairman and CEO of Airbus Americas. “Our US workforce, which is more than 35% military veterans, is eager to see an Air Force tanker join the fleet of Airbus aircraft flying for the US Army, National Guard, Navy and Coast Guard.”

With Lockheed Martin as the prime contractor, the LMXT will be built in two phases:

Lockheed Martin and Airbus entered into a Memorandum of Agreement (MOA) in 2018 to explore aerial-refuelling solutions to address any refuelling capacity shortfalls for the US Air Force, with the MRTT at the centre of its discussions. The LMXT is a result of this MOA, offering a proven airframe with distinct US Air Force-only capabilities built by a highly skilled American workforce in two states that lead the nation in aerospace manufacturing.

The expansion of work by both Lockheed Martin and Airbus in Alabama and Georgia is a natural progression for the companies, with each having deep roots in both states.

Lockheed Martin’s presence in northern Alabama spans more than five decades, with a concentration in the rotorcraft and hypersonics sectors. More than 2,600 Lockheed Martin employees live and work in Alabama. In October 2021, Lockheed Martin opened an advanced production facility in Courtland focused on hypersonic strike production.

More than 5,000 Lockheed Martin employees support work at its Aeronautics facility in Marietta as well as in other facilities in Macon and Kings Bay. A leader in Georgia’s aerospace industry, Lockheed Martin’s Marietta facility has produced some of the most well-known military aircraft since 1951 to include every production C-130 Hercules (2,600-plus), the C-5 Galaxy/Super Galaxy, the P-3 Orion, the F-22 Raptor and the C-141 Starlifter. More than 4,500 employees currently work at the site.

Airbus has been assembling commercial aircraft in Mobile since 2015, and in just the first five years of operation had a total economic impact in Alabama of $1.2 billion and more than 15,000 jobs, through construction and payroll alone. Airbus is also engaged with more than 40 local charitable and civic organisations in the region, investing both time and money in the local community.

The LMXT offers a proven airframe with distinct US Air Force-only capabilities designed to meet operator requirements, with advantages that include:

As the prime contractor, Lockheed Martin works directly to implement US Air Force-specific requirements within the LMXT.