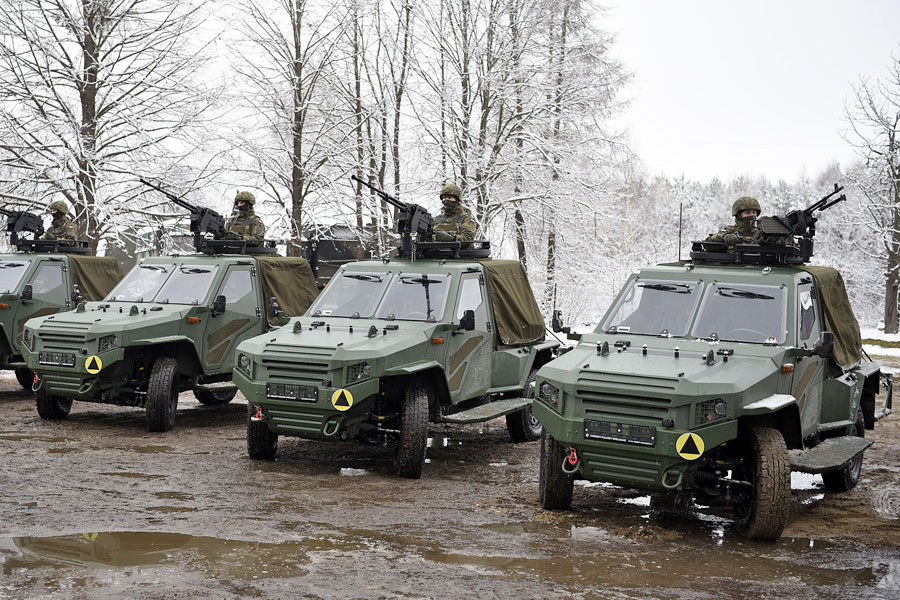 Press Release, Warsaw, 07 December 2021: [auto-translated] On Tuesday December 7 this year, the head of the Ministry of National Defence met with soldiers who carry out tasks on the Polish-Belarusian border and handed over the first batch of long-range reconnaissance vehicles.

The vehicles are intended for soldiers of Land Forces reconnaissance units of. The first 25 vehicles will be included in the equipment of:

The subject of the contract concluded with Polski Holding Obronny and Concept in September 2017 is the delivery of a total of 118 LPU-1 Wirus vehicles. The vehicles delivered today will be used in the first place for tasks on the Polish-Belarusian border. The soldiers serving there will use them, inter alia, to conduct patrols in difficult terrain.

Minister Mariusz Błaszczak, head of the Ministry of National Defence, also thanked for the soldiers from all over Poland: “I am impressed by the service of the soldiers, but I would also like to emphasise the very good cooperation with the local community. It is extremely important that the soldiers have the support of the inhabitants of border areas, and this is what it is.

“I also thank the soldiers from Estonia who serve in Poland -Belarusian border. We all stand behind the Polish uniform. It is important that the soldiers feel that their service is appreciated and noticed by Poles.”

¤ LPU-1 Wirus vehicles provide the ability to dynamically move both on roads and over difficult terrain, at any time of the day, in various climatic conditions. Their design allows the installation of various types of support weapons. The vehicles are also adapted to be transported by air with the use of helicopters (on external suspension) and transport aircraft.