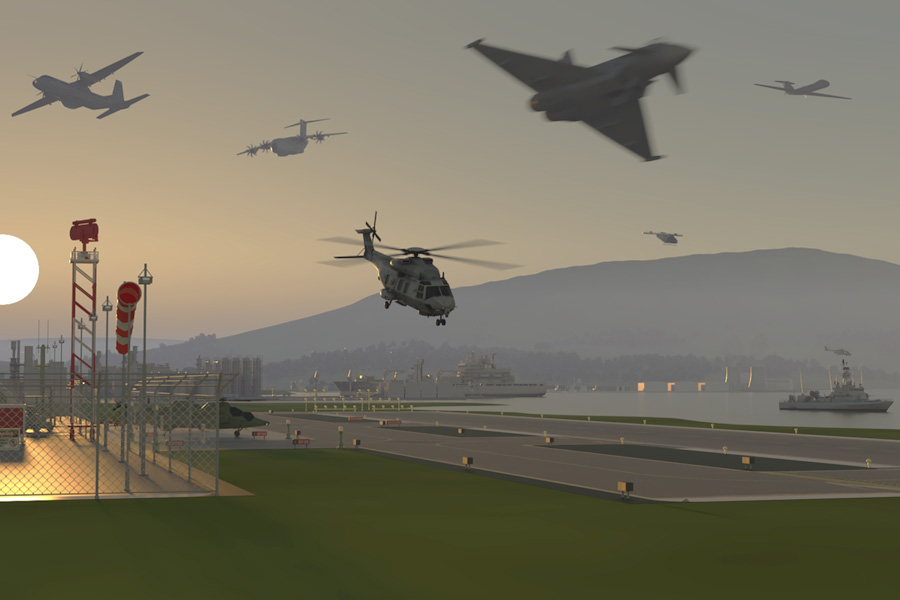 HENSOLDT is set to showcase sensor solutions for helicopters, aircraft and unmanned aerial vehicles at the Dubai Airshow 2021.

Press Release, Dubai, 12 November 2021: At the Dubai Airshow, HENSOLDT will focus on its broad range of sensor technologies in the airborne solutions domain. The sensor solutions are deployed on various platforms, including helicopters, aircraft and unmanned aerial vehicles.

HENSOLDT will present its airborne multi-mission surveillance radar PrecISR, along with other HENSOLDT sensors such as the ARGOS II electro-optical gimbal, which can be seamlessly integrated into the new Xplorer Mission System. Helicopters and fixed-wing aircraft are protected by the Airborne Missile Protection Suite AMPS, whilst the modular Kalaetron electronic warfare system provides warning against radar threats, but can also be used for strategic Signals Intelligence in an enhanced configuration. Also, on display is HENSOLDT’s Mode 5-capable IFF portfolio together with avionics equipment such as crash recorders and tactical data links.

The European solutions provider will also be presenting its counter-UAV (Unmanned Aerial Vehicles) system Xpeller for 24/7 protection from illicit intrusions of UAVs over critical areas – even at long ranges. The system is highly modular and combines numerous sensors (radar, electro-optics, direction finders) and target neutralization effectors such as jammers and drone catchers through a single Command and Control (C2) system. HENSOLDT will also showcase its Twinvis passive radar which allows an airspace to be monitored over a radius of up to 250 kilometres, without itself emitting radar signals. Mobile, and unobtrusively integrated into a small van or off-road vehicle, this radar’s possible uses are almost unlimited.

A Virtual Reality (VR) application will be on display showing operational scenarios from the HENSOLDT portfolio including its Ground Based Air Defence (GBAD) and Air Traffic Management (ATM) solution. The GBAD simulation features the TRML4-D Multi-Functional Air Surveillance and Target Acquisition Radar System. The ATM solution includes the ASR-NG air traffic control radar, the MSSR 2000 ID secondary radar, Twinvis passive radar and the Xpeller counter-UAV system for glide path and airport perimeter surveillance and drone defence. Visitors to the stand can wear the VR headset and can be part of the immersive military simulation experience.