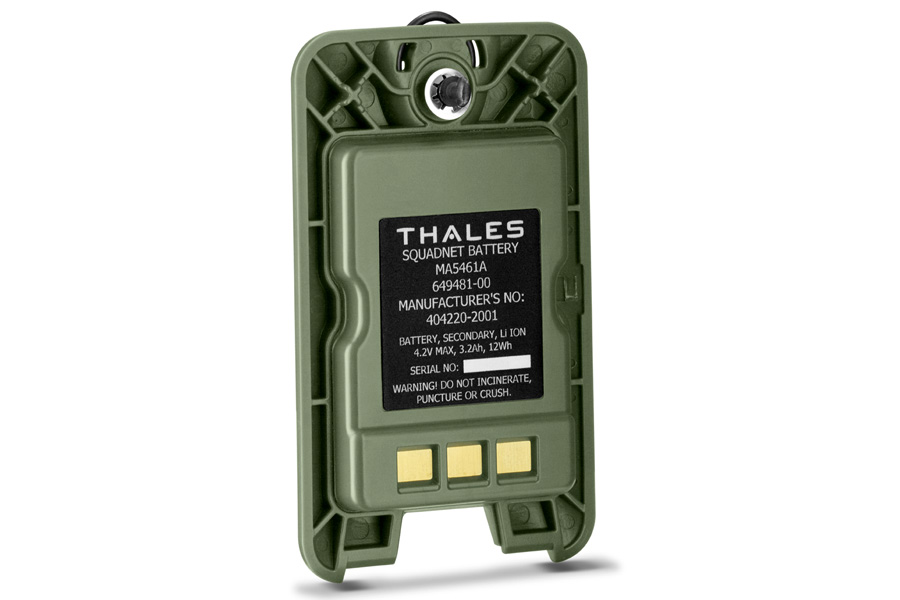 Lincad has been awarded a contract by Thales UK to supply its SquadNet batteries for their industry-leading networking soldier radios.

As an experienced designer and manufacturer of defence batteries and charging systems, Lincad supplies to a range of global customers, often working to military specifications, and its products represent the very latest in battery and charger technology and design.

The SquadNet battery is a bespoke 3.6V, 3Ah battery that has been specifically designed to power the Thales SquadNet radio that operates on the modern battlefield to provide effective combat communications. Operating in demanding environments, the batteries provide a resilient and trusted power management solution, ensuring that infantry soldiers have access to reliable and robust voice communication and situational awareness.

The SquadNet soldier radio has a point-to-point range of up to 2.5km, automatic relay mode, blue force tracking and an extended, 24-hour battery capacity to extend mission life and reduce the need to carry spare batteries. It comes with built-in GPS and secure communications over IP networks to enable positional data to be transmitted over Bluetooth to another Android device for soldiers to keep track of each other’s positions. The radio is designed to work in areas where other radios may fail, including woodlands, urban environments and undulating ground. The unit is lightweight and encased in a robust, compact outer shell to protect against damage in the field.

Peter Slade, Joint Managing Director of Lincad, said: “We are pleased to announce this contract with Thales UK for further supply of the SquadNet battery. We worked with Thales on the original design and the inevitable success of the radio has led to further orders. Whilst in a relatively simple form factor, the SquadNet battery demonstrates Lincad’s ability to support customers in their power management requirements.”

Lincad’s SquadNet battery is charged in situ on the radio via a USB power source, allowing a range of flexible recharging options to be used, from solar panels to 12V vehicle outlets.

Batteries, Featured, Lincad, Squadnet, Thales UK
You may also like