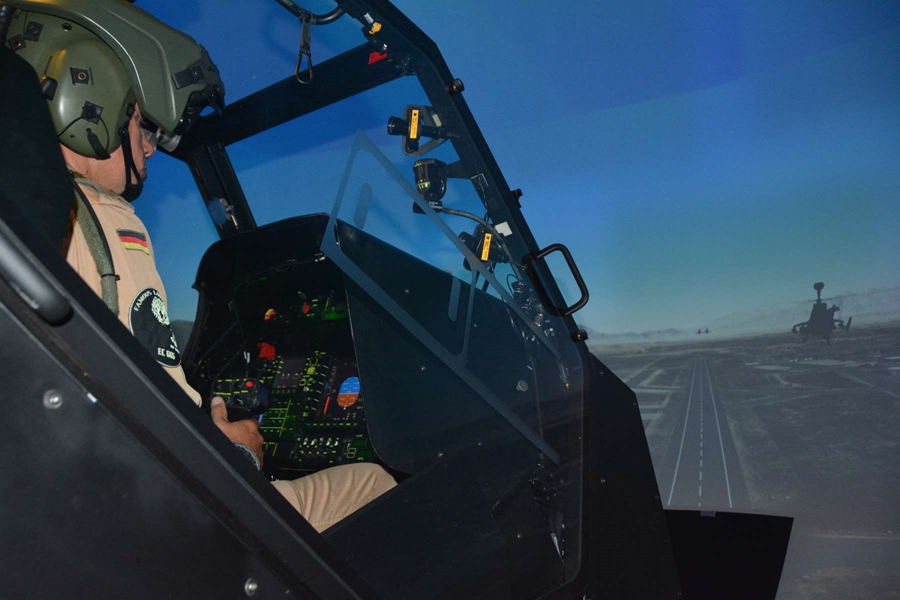 Rheinmetall and Thales are to continue taking care of Tiger attack helicopter simulators in France and Germany until December 2025.

Press Release, Düsseldorf, 28 October 2021: Together with its partner Thales, Rheinmetall will continue to look after the helicopter simulators used for training crews of the Tiger attack helicopter. In summer 2021, a contract to this effect was awarded through OCCAR, the European procurement organisation. This integrated service support contract, which for Rheinmetall represents sales in the low double-digit million-euro range, runs from 1 January 2022 to 31 December 2025.

Under the terms of the contract, Rheinmetall and Thales will now be taking care of a total of twenty modern Tiger simulators at bases in Le Luc, Fritzlar, Pau and Phalsbourg, as well as providing service and maintenance support. The eight full-mission simulators and twelve cockpit procedure trainers enable crews to train using the latest configuration of the aircraft in service: in France, the Tiger Hélicoptère d’Appui et Destruction (HAD) Block 2, and in Germany, the Unterstützungs Hubschrauber Tiger Step 2 Krypto. The French armed forces and the German Bundeswehr train their personnel in a modern virtual combat environment, contributing to full operational readiness and greater flight safety. The Tiger simulators are among the most advanced full-mission simulators for attack helicopters anywhere. The Tiger is a highly sophisticated weapons system, whose replication in a simulator poses major demands in terms of hardware and software.

In the current order, Rheinmetall, Thales and OCCAR (which stands for Organisation Conjointe de Coopération en Matière d’Armement) are building on years of successful cooperation in the field of simulation and training. OCCAR contracted with the Tiger Aircrew Training Means (ARGE TATM) working group to modernise the simulators currently in use. ARGE TATM is a joint venture of Rheinmetall Electronics GmbH and Thales AVS France SAS. This project was successfully completed at the end of 2019. Future treatment of obsolescent features and further updates, such as the current installation of the latest maintenance releases, make continued cooperation in the Tiger domain appear likely, including follow-up orders.