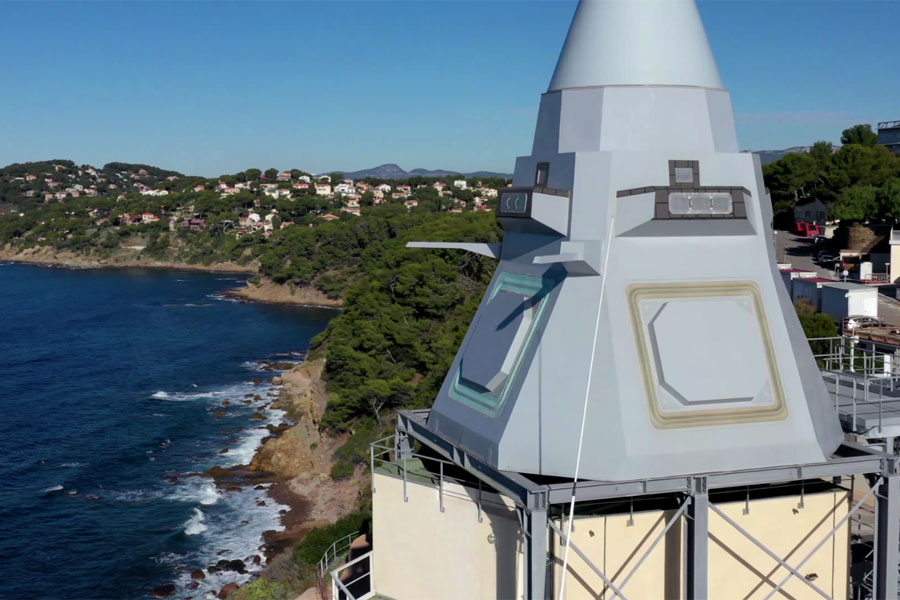 Press Release, 27 October 2021: Thales Sea Fire full digital radar is qualified by the DGA after exhaustive and thorough testing in Saint-Mandrier, the reference trial centre for the French naval forces. The radar is now handed over to Naval Group for integration into combat system on-board the FDI frigates.

Over a period of 18 months, the Sea Fire radar underwent a substantial number of land-based tests, mobilising a vast panel of resources and combined teams from the DGA, Thales and Naval Group. All testing took place at the Shore Integration Facility (SIF) on the DGA’s SESDA site in Saint-Mandrier in the South of France – a major testing reference centre in Europe for the naval sector. Since 1969, this facility has been testing and qualifying ashore every combat system and critical sensors of major ships (frigates and aircraft carriers) in service within the French Navy.

Evaluated and tested against an extensive range of situations including surface targets (light boats, surface vessels…), air targets (helicopters, jets, missiles, drones, etc.) in various environments, the Sea Fire assured its ground-breaking ability to search simultaneously for air and surface targets in a difficult environment, scanning a range of several hundred kilometres with 90° in elevation and an unmatched refresh rate.

Thanks to the Sea Fire’s unique full digital technology (for instance digital beamforming), the radar delivers enhanced performance for all missions through dynamic radar resource management with very short response time. This digital radar is at the forefront of technological innovation and benefits from all Thales’s Big Data and cybersecurity expertise.

Assembled in Limours, south of Paris, with the contribution of a network of French small and medium- sized companies, Sea Fire production started in May 2018 and the first FDI shipset was delivered in May 2021 (4 panels).