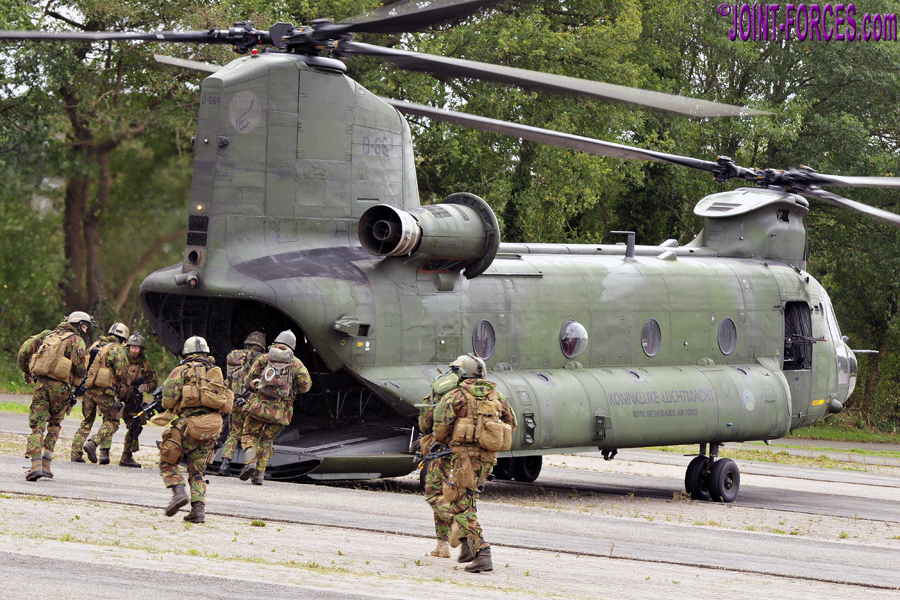 Boeing has been accredited to maintain Chinooks for the RNLAF (Royal Netherlands Air Force) ~ the accreditation enables scheduled maintenance.

“We are excited to provide the Netherlands with expanded Chinook support,” said Indra Duivenvoorde, director of Europe and Israel for Boeing International Government & Defence. “We have proven that we have the ability to set up sustainment operations with our customers across the globe, and the enormous knowledge and aviation experience of our team for both Boeing and non-Boeing platforms is what makes us a trusted partner in driving readiness across diverse global fleets.”

With the NLD-MAR-145 accreditation, an in-country maintenance organisation of eight Boeing employees stationed at Airbase Woensdrecht perform phase maintenance in coordination with the RNLAF team. Phase maintenance can take several months to perform and includes regularly scheduled tip-to-tail inspection that covers components and tubing, the airframe, engines and rotor blades.

The in-country Boeing team also is capable of working on all other rotor- and fixed-wing aircraft types within the RNLAF. They will execute the work under a Flexible Capacity direct commercial sale contract. Boeing has provided phase maintenance solutions for the RNLAF AH-64D Apache and CH-47D Chinook since 2016.

Similar to the Federal Aviation Administration in the United States and the European Aviation Safety Agency, the European Defence Agency’s Military Aviation Authority regulates compliance and safety of military aircraft, including maintenance and training criteria, and each country sets specific requirements for each accreditation. Having a MAR-145 accreditation in one country provides the opportunity to establish other maintenance organisations within Europe. This accreditation will be recognised by the other European countries since it is a direct derivative of the European Military Airworthiness Requirements.

Boeing is working closely with the RNLAF to transition to support for the modernised CH-47F Chinook, of which four are already flying in the Netherlands, and the AH-64E Apache, which is expected to begin delivering in 2023.

As a leading global aerospace company, Boeing develops, manufactures and services commercial airplanes, defence products and space systems for customers in more than 150 countries. As a top U.S. exporter, the company leverages the talents of a global supplier base to advance economic opportunity, sustainability and community impact. Boeing’s diverse team is committed to innovating for the future and living the company’s core values of safety, quality and integrity.