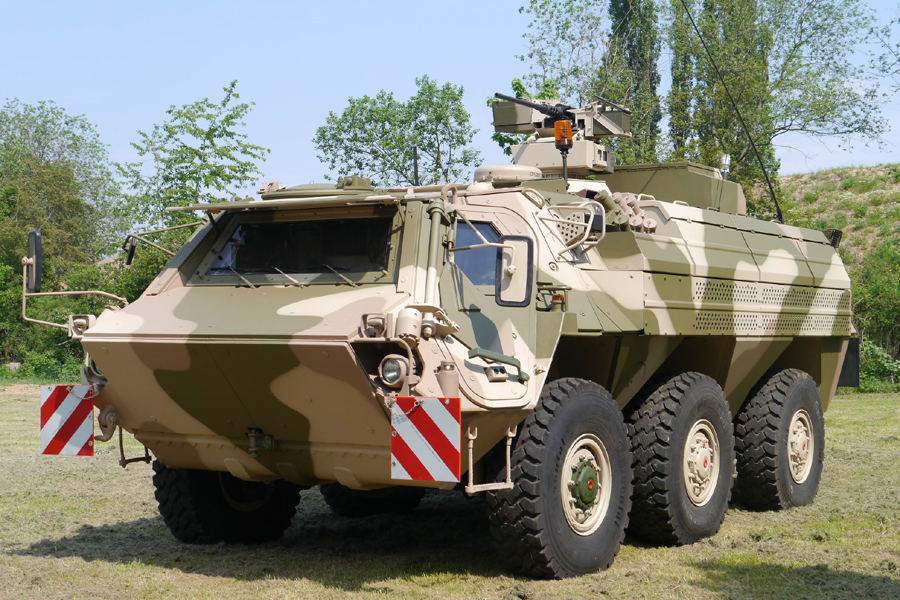 Press Release, Düsseldorf, 21 September 2021: Rheinmetall has been awarded a Bundeswehr contract to modernise the tried-and-tested Fuchs/Fox armoured NBC reconnaissance vehicle. A total of five A6A1 versions of the vehicle will be upgraded to the new highly protected A8A7 configuration. The Bundeswehr will thus have at its disposal an NBC reconnaissance and analysis capability that is a match for modern operational threats. Work begins in September 2021 and is expected to be complete by July 2024. The first vehicles are due to be transferred to the German military starting in 2023.

The order has special significance for Rheinmetall’s Kassel plant for two reasons. It strengthens the Group’s centre of excellence for NBC systems technology, and thus safeguards valuable jobs in the north Hessian metropolis, which also happens to be the birthplace of the battle-tested 6×6 fighting vehicle. Potentially, the order could also lead to the Bundeswehr’s remaining 22 Fuchs/Fox armoured NBC reconnaissance vehicles being upgraded to the new A8A7 configuration, as well as proposals to modernise systems operated by international customers.

The Bundeswehr has fielded numerous versions of the Fuchs/Fox armoured transport vehicle ever since 1979, deploying over a hundred of them in Afghanistan. Owing to its versatile operational possibilities and high reliability, the Fuchs/Fox has always been popular with the troops. After over forty years in service, it is still undergoing continuous improvement.

The latest version of the Fuchs/Fox, the 1A8, offers substantially greater protection against mines and improvised explosive devices than earlier models, together with enhanced resistance to ballistic threats. Among the principal modifications featured in the Fuchs/Fox 1A8 are structural alterations of the hull; new seats and seat suspensions in the fighting compartment decoupled from the floor of the hull; reinforcement of the wheel wells, doors and window mounts; as well as additional storage bins and reinforcement of the vehicle exterior. The Bundeswehr now has over 940 Fuchs/Fox vehicles in its inventory, 267 of which are the latest 1A8 design.

A derivative of the Fuchs/Fox 1, the vehicle’s export variant, the Fuchs/Fox 2, has undergone a separate process of continued development, and now boasts a more spacious fighting compartment, a more powerful engine, modernised running gear, enhanced state-of-the-art protection and a digitised electrical system.