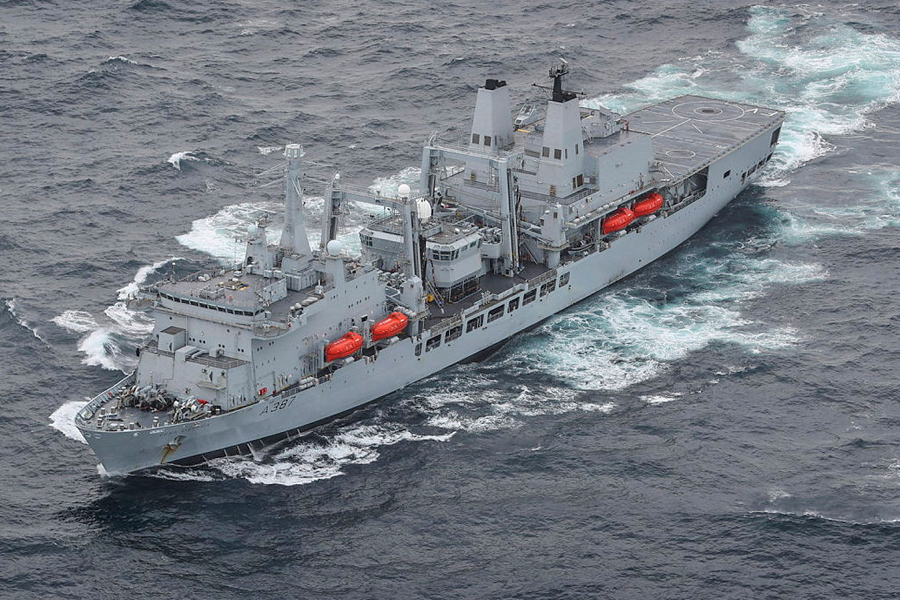 Contracts have been awarded to four consortia to develop their bids to build three new Fleet Solid Support ships for the RFA and Royal Navy.

MoD Press Release, Whitehall, 01 September 2021: Contracts have been awarded to four consortia, all of which include significant UK involvement, to develop their bids to build three new Fleet Solid Support ships for the Royal Fleet Auxiliary and Royal Navy.

The award of the Competitive Procurement Phase (CPP) design contracts, each initially worth around £5 million, means the Fleet Solid Support competition has successfully moved to the next stage. The contracts, negotiated with industry by Defence Equipment and Support, the procurement organisation for the Ministry of Defence, deliver on the UK Government’s promise to progress the design and build of the FSS ships to support the Royal Navy’s Carrier Task Groups. The final manufacture contract will be awarded to a UK company acting either solely or as part of a consortium.

Welcoming the news with industry leaders at a CPP kick-off event, Defence Secretary and Shipbuilding Tsar Ben Wallace said: “I am proud to see UK companies stepping up to the challenge of the Fleet Solid Support competition as we begin the next chapter of this British shipbuilding success story.

“I wish all the competitors well as we work towards realising a programme which will deliver ships essential for the UK’s security as well as vital jobs and skills.”

The contracts will enable bidders to develop their design proposals and the next stage will seek details of how they would fulfil the wider delivery needs of the programme. Assessment of these proposals will lead to the selection of a preferred bidder and award of the manufacture contract.

The FSS competition remains on track to deliver the ships the Royal Fleet Auxiliary need to support the Royal Navy, whilst maximising the social value contribution shipbuilding can make in the UK, including encouraging investment in domestic shipyards, whilst balancing the need to deliver value for money.

The commitment to this vital capability was outlined in the Defence Command Paper published earlier this year and is supported by the £24 billion uplift to the defence budget over the next four years. The FSS ships will increase the capability and development of the Carrier Strike Group to operate globally by replenishing its stores and ammunition.

The four consortia awarded CPP contracts are (in alphabetical order):