Rheinmetall Aerostat To Secure Bundeswehr Base In Niger 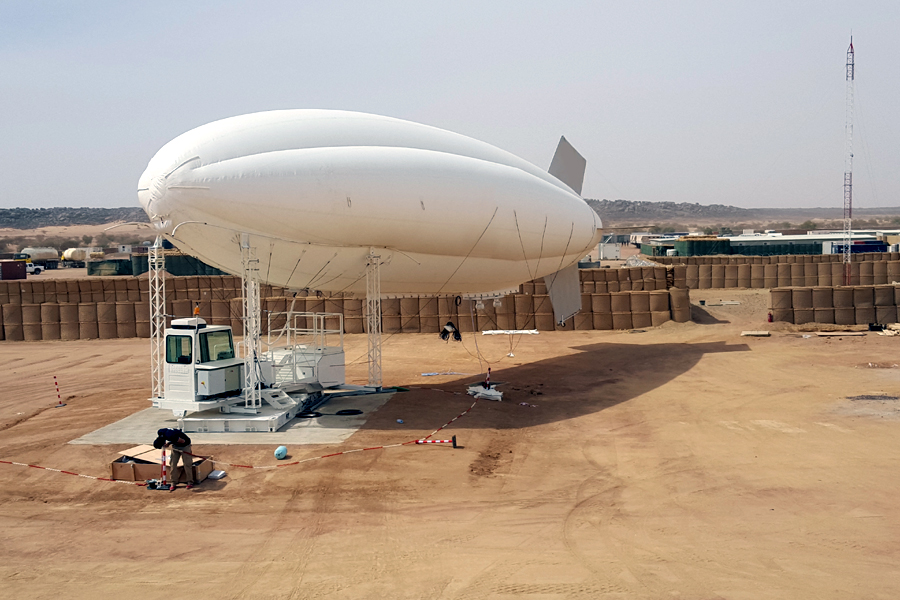 High-altitude Rheinmetall Aerostat ‘eye in the sky’ to protect Bundeswehr forward operating base in Niger ~ order worth over €21 million.

Press Release, Düsseldorf, 25 October 2021: The German Bundeswehr has ordered a tethered balloon-based area reconnaissance system for protecting a forward operating base in Niger. For Rheinmetall, the order represents sales of over €21 million net.

Group subsidiary Rheinmetall Canada will be in charge of integrating the surveillance balloon’s sensors into the existing military C4I architecture. The system – also known as an aerostat – is already familiar to numerous soldiers and observers from previous deployments: the US armed forces have been using such area surveillance solutions for years to protect their forward operating bases. Capable of remaining aloft above the installation to be protected for extensive periods, the balloons’ highly sensitive sensors enable them to spot hostile elements even at great distances. These tethered surveillance balloons will give the Bundeswehr a new means of protecting its forces deployed in Niger.

The Bundeswehr will be able to deploy this solution day and night to identify potentially hostile elements several kilometres away, making it possible to initiate necessary countermeasures on a timely basis. Experience shows that systems of this type – if only because the possibility of being detected is plain to see – reduce by fifty percent the likelihood of an attack by hostile forces.

Under the operator solution awarded by the Bundeswehr, Rheinmetall has undertaken to run the system in Niger around the clock, seven days a week. Soldiers in special workstations on the ground will operate the system’s sensors. Under the contract, Rheinmetall will train these troops to perform their future tasks prior to deployment.