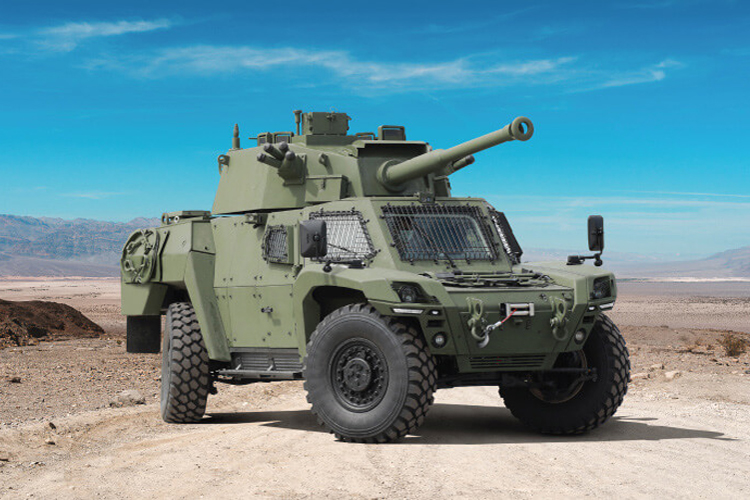 Press Release, Istanbul, 17 August 2021: Otokar, a Koç Group company and Turkey’s global land defence systems manufacturer, introduced AKREP IId, the new diesel variant added to the AKREP II range at IDEF. The highly anticipated AKREP IId, designed with a reduced silhouette, high mobility and survivability, and a modular structure that can be fitted with up to 90mm weapons, is ready to meet modern armies’ present and future needs.

The AKREP II range, designed with a reduced silhouette, high mobility, and survivability to respond to modern armies’ current and future needs, stands out with a modular structure that can be fitted with up to 90mm weapons. After introducing AKREP IIe, the first electric version of the armoured vehicle range in 2019, Otokar unveiled AKREP IId, the highly anticipated diesel variant at IDEF ’21.

Reduced Silhouette and Signature: AKREP II has the advantage of a reduced silhouette. AKREP II can be equipped with alternative powerplants: diesel, hybrid, and electric. AKREP II operates with a low silhouette, high mine protection, and efficient fire power on the same platform. With the help of electric and hybrid drive, the thermal and acoustic signature of the vehicle is minimized.

Multi-role Vehicle: As a multi-role vehicle suitable for different types of missions, AKREP II has the ability to provide effective firepower without compromising survivability. Medium-calibre turrets up to 90 mm can be integrated. AKREP II can also be configured for weapon platform for quick reaction, surveillance missions, armed reconnaissance, air defence missions, forward observer, and other similar tasks.