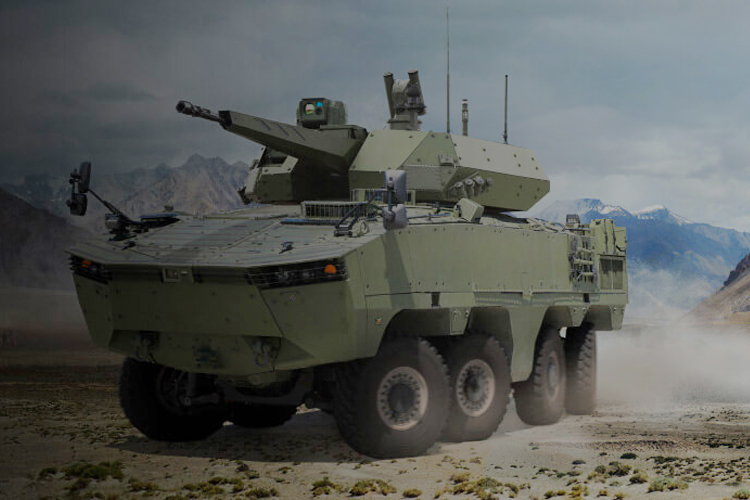 Otokar is set to make its mark on IDEF showcasing its next-generation armoured vehicles with superior mobility and survivability features.

Press Release, Istanbul, 13 August 2021: Otokar, a Koç Group company and Turkey’s global land systems manufacturer, will showcase the defence industry vehicles and turret systems at the 15th IDEF Defence Industry Fair on August 17-20, 2021. At IDEF, organized under the aegis of the Turkish Presidency and hosted by the Turkish Ministry of Defence, Otokar will exhibit its next-generation armoured vehicles with superior mobility and survivability features. Visitors will find the opportunity to see 11 armoured vehicles of Otokar up close at the company’s booth at the İstanbul Tüyap Fair Convention and Congress Center.

The next-generation products that Otokar will showcase at the fair include ARMA 6×6 and ARMA 8×8 multi-wheeled armoured vehicles and TULPAR tracked vehicles. In addition, Otokar will debut AKREP IId, the diesel variant added to the AKREP II range, and COBRA II MRAP mine-resistant armoured vehicle.

General Manager Serdar Görgüç noted that Otokar is Turkey’s most experienced land systems company with 34 years of experience in military vehicles, “We strive to offer the best products and services to our users in more than 35 friendly and allied countries worldwide, including the Turkish army and security forces, against present and future threats. We reflect the experiences we gain in Turkey and other climates and geographies around the world on our vehicle development activities. At Otokar, an industry leader in land systems and a pioneer with many first to its name, we are always ready to serve our country with our products, engineering and manufacturing capabilities, and experience.”

The line-up of vehicles that Otokar will showcase at IDEF:_

Editor’s Footnote: Regrettably, as Turkey is still on the UK Red List and as Turkish Airlines have cancelled our flights due to the pandemic, it is sadly not feasible for us to attend IDEF 2021 but we wish our friends at Otokar a safe and successful show.