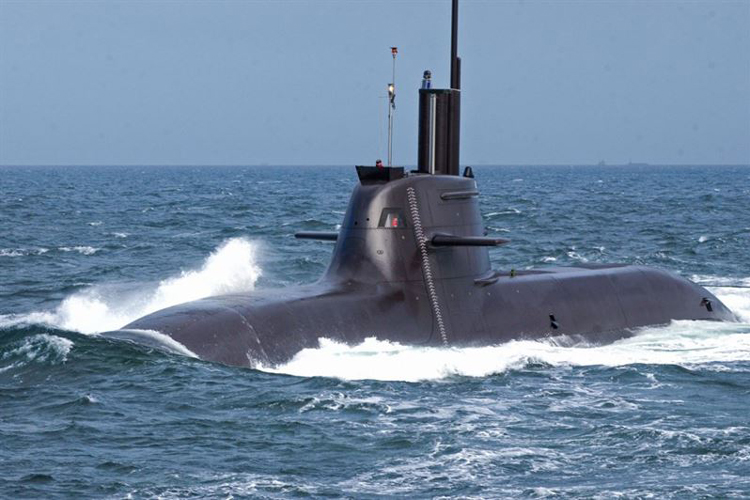 KONGSBERG has entered into contracts with Norway and Germany to deliver ORCCA to the 212CD submarines the Naval Strike Missile.

Press Release, Kongsberg, 08 July 2021: Kongsberg Defence & Aerospace AS (KONGSBERG) has entered into contracts with Norway and Germany to deliver ORCCA combat system elements to the six new 212CD submarines, and the Naval Strike Missile to the two nations’ Navies.

“The deliveries will last way into the 2030s and is an important and strategic milestone that strengthens our foothold in Europe with Germany as an important and near partner. Our cooperation with Germany for submarine technology extends over several decades. With this new and expanded industrial cooperation the partnership is taken to a new level that will have great importance for Norwegian technology development and value creation”, says Geir Håøy, CEO of KONGSBERG.

Naval Strike Missile for two nations: The contract for NSM is a joint procurement by Norway and Germany valued at 4,404 MNOK. Germany is the 6th nation to select NSM. For Norway the contract will serve to replenish and update the current inventory.

NSM is the latest 5th generation, long-range, precision strike missile in the market today. The NSM has a stealth design and passive infra-red, imaging sensor making it difficult to detect, increasing its accuracy thus avoiding collateral damage. The NSM is multi mission (sea- and land targets) with a stand-off range of more than 100 nautical miles.

ORCCA combines, for the first-time, maximum adaptability with the highest level of IT security. It enables its operators to conduct advanced data analytics from a wide range of sensors and systems via the multi-functional console providing a comprehensive and accelerated decision-making process.

kta naval systems AS was founded in October 2017 as a joint venture between thyssenkrupp Marine Systems, its Naval Electronic Systems business unit (ATLAS ELEKTRONIK) and Kongsberg Defense & Aerospace. Based on the combined expertise and products of the joint venture partners, kta naval systems with its product family of ORCCA Combat Systems will exclusively develop, produce and maintain all future submarine combat systems for thyssenkrupp Marine Systems submarines.

“This bilateral agreement between Germany and Norway enables expanded industrial cooperation between our two countries. Common NSM and submarine procurement creates many new jobs and value creation in the whole supply chain in Norway for the next decade. Both NSM and the new submarine class represent the most modern and advanced high-end technology equipment that exists in the world today. KONGSBERG is proud to be in the front seat in this journey,” says Eirik Lie, president, Kongsberg Defence and Aerospace AS.