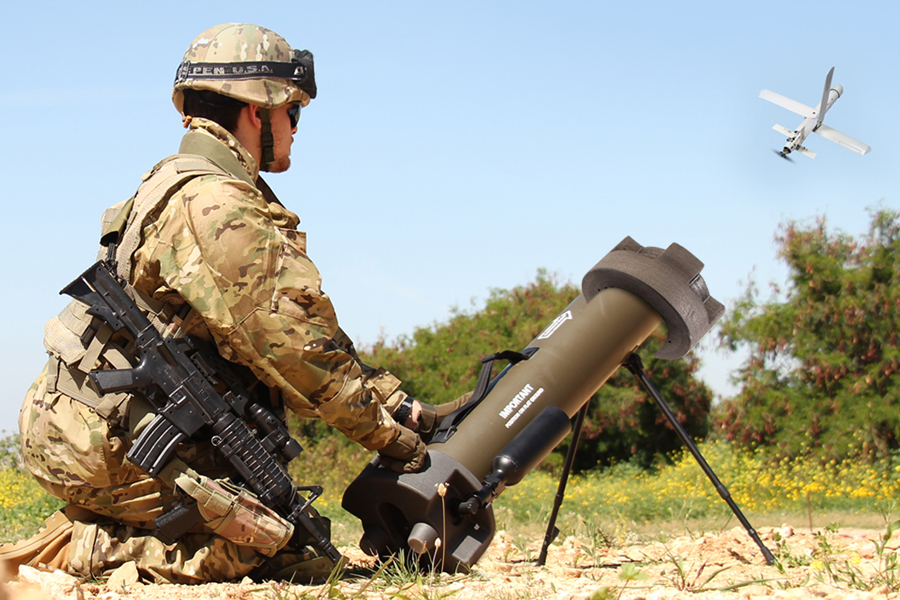 As members of the HERO series of loitering munition systems, both the Hero-120 and Hero-400EC can carry multi-purpose warheads for extended lethality against a wide range of targets, as well as having unique attack capabilities from any direction and angle, including top attack. With long-endurance and low acoustic, visual and thermal signature, the systems can locate, track and strike static and moving targets with pinpoint accuracy. The ability to launch Loitering Munitions from a remote-controlled multi-canister launcher provides effective deployment of the Hero systems from a variety of platforms – air, land and sea – away from enemy lines.

“UVision develops and delivers the most advanced & innovative Loitering Munition systems today,” says Major General (Ret.) Avi Mizrachi, CEO of UVision. We are happy to participate in DEFEA for the first time, as part of our mission to strengthen our presence within the clients in the region. We anticipate that this exhibition will pave the way for new collaborations in the area.”