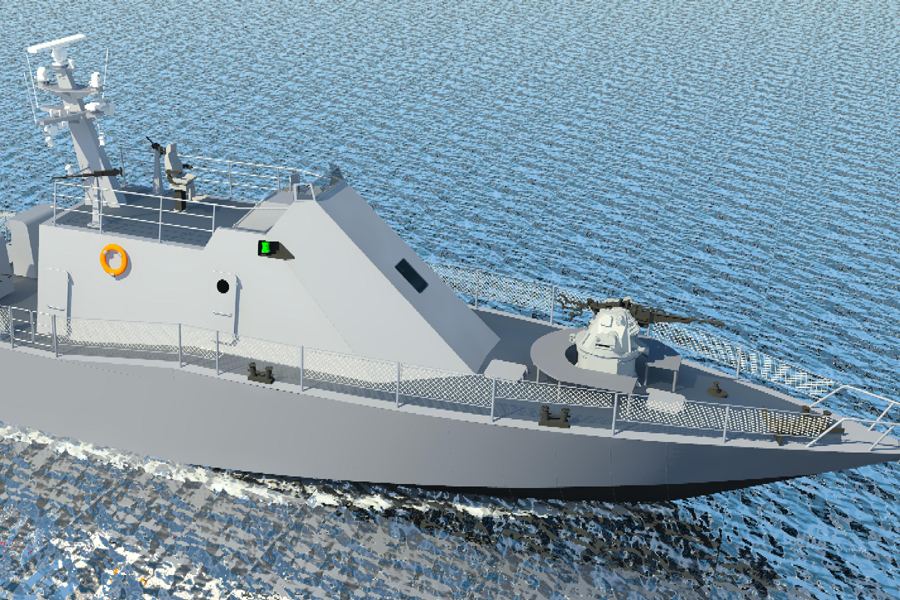 Israel Shipyards announces the signing of an agreement to supply four SHALDAG MK V vessels to the Israeli Navy.

Press Release, Haifa Bay, 07 July 2021: Israel Shipyards Ltd. – a leading shipbuilding and repair company in the Eastern Mediterranean serving naval and commercial marine markets – announces the signing of an agreement to supply its SHALDAG MK V vessels to the Israeli Navy. The company will provide four vessels which have been adapted to the Navy’s unique configuration requirements.

Over the years, the Israeli Navy has used a variety of Israel Shipyards’ vessels for ongoing security missions ‒ including the SHALDAG MK III and the Saar 4 and Saar 4.5 fast attack missile vessels ‒ protecting the maritime borders of the State of Israel. Recently, it was decided to equip the Navy with advanced vessels that will enable an upgrade of the force’s capabilities for its routine security missions. To that end, the SHALDAG MK V has been adapted to the Navy’s configuration requirements.

The largest member of the SHALDAG [KINGFISHER] Class, the SHALDAG MK V, is a combat-proven, all-aluminium, light and fast vessel driven by powerful waterjets, with a high payload capacity, providing exceptional manoeuvrability and seakeeping. Delivering a high firepower-to-displacement ratio, it was designed for naval security missions and is a recognised leader in the protection of Exclusive Economic Zones (EEZs) and littoral waters.

The vessel has a speed of above 40 knots, can accelerate from zero to 40 knots in less than one minute, has a turning diameter of 150m and a minimal draft ‒ enabling operation in shallow waters. Easy to operate and maintain, the SHALDAG MK V is equipped with advanced, lightweight weapon systems, navigation systems, and combat management systems.

Eitan Zucker, the company’s CEO, said, “We are pleased with our long-standing cooperation with the Israeli Navy, and with the opportunity for our flagship vessel to become part of the Navy and its missions ‒ protecting our country’s maritime borders.”