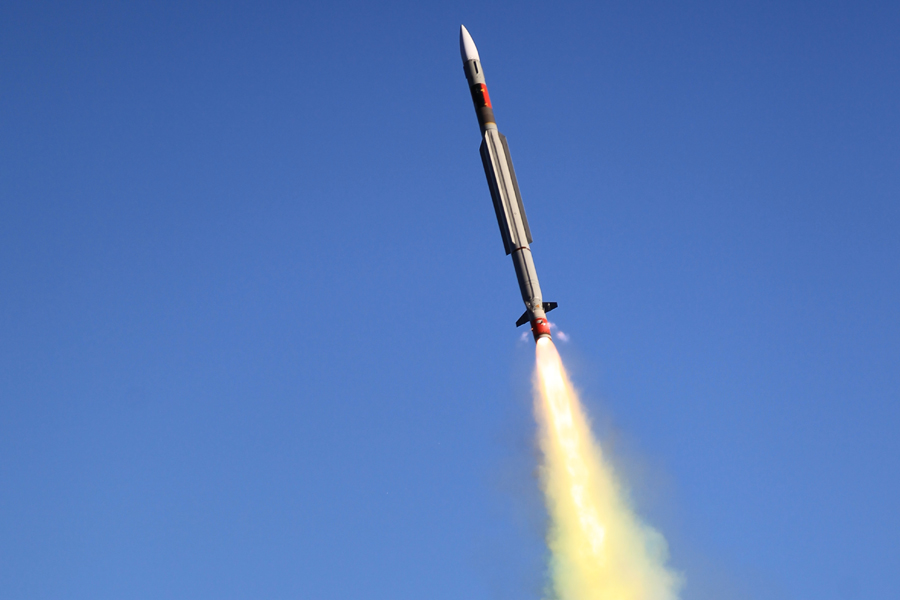 Press Release, Rome, 24 June 2021: MBDA has successfully completed a firing of the CAMM-ER air defence missile against a manoeuvring target, confirming the excellent capability of the CAMM family system.

The trial took place at an Italian firing range. CAMM-ER is the extended range member of the new-generation CAMM air defence family of systems.

All members of the CAMM family share the same cutting-edge active radar seeker and soft-launch system, with CAMM-ER featuring a larger rocket motor designed by AVIO to provide extended range out beyond 40 km.

CAMM-ER was designed to replace the Aspide munition in the Medium Advanced Air Defence System (MAADS) of the Italian Air Force and the GRIFO air defence system of the Italian Army. CAMM-ER is the missile that will be used in the Albatros NG system, which provides an optimised naval based air defence (NBAD) solution to enhance the defence capabilities of naval fleets.