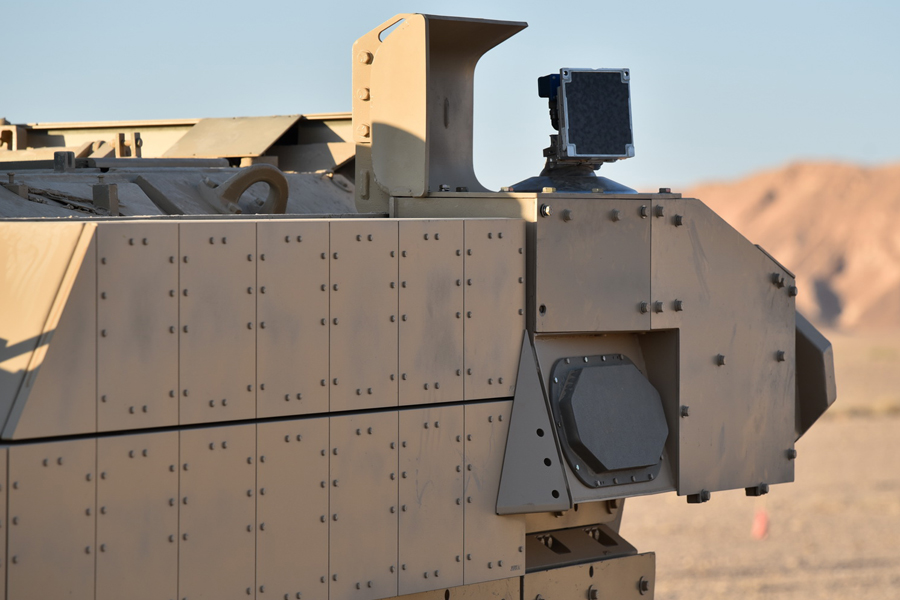 Press Release, Tel Aviv, 24 June 2021: Rafael Advanced Defense Systems Ltd. announces that its Trophy Active Protection System (APS) for armoured vehicles has been selected for the next phase of detailed assessment and integration by the UK Ministry of Defence for the Army’s Challenger 3 MBT.

The selection is a result of a study conducted by the UK MoD as part of an upgrade programme led by prime contractor Rheinmetall BAE Systems Land (RBSL), which will entail detailed integration and system trials of this lighter Trophy variant (Trophy MV), to fit the particular requirements of this vehicle.

Developed by Rafael in response to successful anti-armour attacks, Trophy APS provides mature, combat-proven protection against rocket and missile threats and simultaneously locates the origin of the hostile fire for immediate response. Trophy is the only fully-integrated, combat-proven APS in the world and has been installed on Israel Defense Forces’ Merkava tanks since 2010, and has also been installed on the Namer APCs. Trophy has also been supplied to four US Army Abrams MBT brigades, and will soon be supplied to Germany for its Leopard MBTs.

Trophy has made numerous combat interceptions with no injuries to crews or dismounted troops or damage to platforms since its first operational interception in 2011. Trophy has accrued over 1,000,000 operating hours, including 5,400 successful field tests, and is now under contract for serial production of over 1,800 systems.

David Farmer, Team Leader for the Challenger 3 delivery team at Defence, Equipment & Support, the procurement arm of the UK MoD, said: “I am delighted to welcome Rafael to our cohort of industry delivery partners who are working together to bring Challenger 3 to life. This is a significant programme for Defence, and the British Army and represents a huge shift in the modernisation of our land forces. The pioneering new technology that we are planning to use will allow us to deliver an immense warfighting capability.”

Brig. Gen (Ret.) Michael Lurie, head of Rafael’s land manoeuvrability systems directorate: “Trophy APS has saved the lives of numerous soldiers and has been instrumental in protecting assets on the battlefield and enabling tank crews to manoeuvrer safely under anti-tank fire and perform their missions safely and fully. This system has changed the rules of the game in the armoured warfare arena, and the UK’s decision to choose Trophy for the protection of its crews, ushers in a new era for its armoured forces as well. We are thankful to our UK partners for joining other nations and tier-1 armoured corps who have put their trust in Rafael’s Trophy APS.”