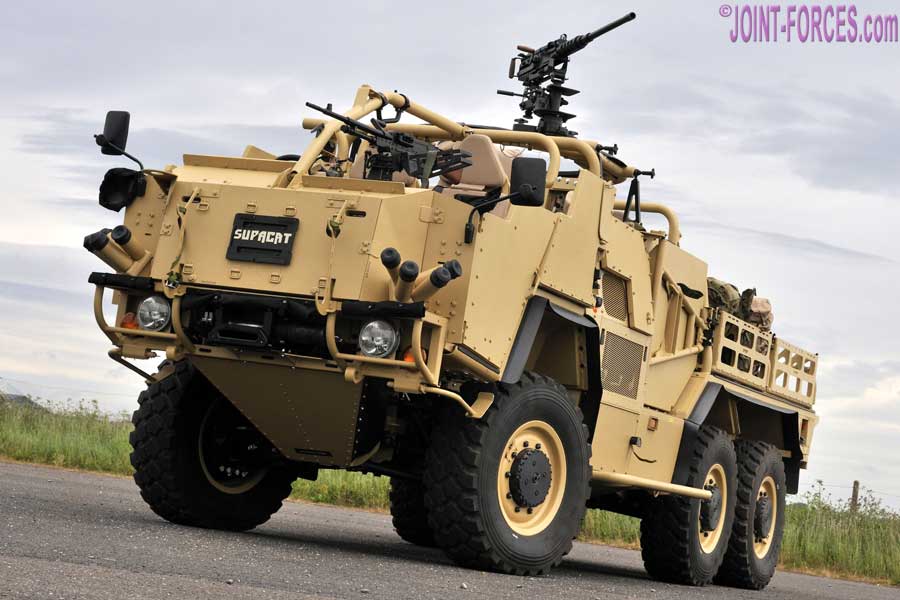 Press Release, Dunkeswell, 25 May 2021: Supacat has prepared the HMT JACKAL and COYOTE vehicles, which are deployed to Mali with the Light Dragoons, under a multi-million pound UK MoD Land Task.

As OEM and design authority for the high mobility platforms, part of the UK Armed Forces’ core fleet, Supacat collaborated with Exsel Design & Integration Limited (Exsel) to bring equipment for Armour and Electronic Counter Measures (ECM) protection up to the latest Theatre Ready Standard. Exsel supplied a new Vehicle Installation Kit for integrating the ECM equipment in a £1.7m contract placed by Supacat.

Supacat and Exsel worked closely with the United Kingdom’s Ministry of Defence, the Light Dragoons and 1st Combat Support Battalion and Royal Electrical & Mechanical Engineers to complete the programme to bring the JACKAL 2A and COYOTES up to full operational capability for deployment. The Light Dragoons are providing a long-range reconnaissance capability to Operation NEWCOMBE in a reinforcement of the UK’s commitment to the United Nations Multidimensional Integrated Stabilization Mission in Mali (MINUSMA) peacekeeping mission to combat terrorism in Central Africa.

Phil Applegarth, Director of Supacat, said, “The Light Dragoons’ decision to operate HMTs in Mali testifies to the value and trust they place in the vehicles and there has been a strong team collaboration to ensure they are equipped with the very best for this mission”.