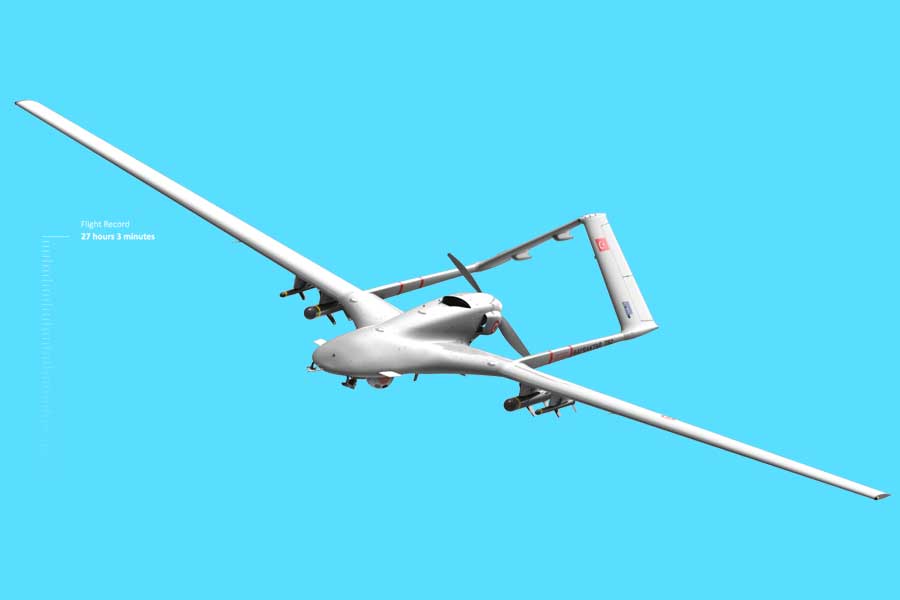 A batch of 24 Turkish Bayraktar TB2 UAVs (unmanned aerial vehicles) with anti-tank missiles has been ordered by the Polish Armed Forces.

Press Release, Warsaw, 24 May 2021: [auto-translated] Today we signed a contract for the purchase of four sets of combat drones. The sets will include 24 unmanned aerial vehicles armed with anti-tank missiles. Together with the weapons, we bought a logistics and training package – said Mariusz Błaszczak, the Minister of National Defence after signing the contract for the purchase of 4 MALE Bayraktar TB2 unmanned aerial systems (UAV) sets for the Polish Army.

The subject of the contract is the delivery of 4 MALE Bayraktar TB2 Unmanned Aerial Systems (UAV) sets. Each set includes 6 armed Bayraktar TB2 drones. In total, 24 UAVs will enter the state of the Polish Armed Forces. The contract also includes the delivery of, among others mobile control stations, SAR radars, simulators and a stock of spare parts. The contract also provides for the delivery of MAM-L and MAM-C laser guided missiles, which will enable the implementation of the full spectrum of tactical tasks in accordance with the operational purpose of the system and school ammunition.

The contract will provide a 24-month warranty, a training and logistics package, as well as technology transfer ensuring the possibility of servicing and repairing, among others. engines, ground control stations and cameras. The value of one Bayraktar TB2 set being acquired was approximately $ 67 million.

The Bayraktar TB2 is a MALE class tactical unmanned aerial vehicle (UAV) capable of conducting surveillance and reconnaissance (ISR) tasks and combat missions using guided missiles carried on four suspension points under the wings. The Bayraktar TB2 has been equipped with an avionics system enabling fully autonomous taxiing, take-off, landing and flight. The drone is 6.5 metres long and has a span of 12 metres. It achieves a flight duration of up to 27 hours. The take-off weight of the drone is 650 kilogrammes, and the maximum speed is about 220 km / h.

The first set of unmanned aerial vehicles will be delivered to the Polish Armed Forces by the end of 2022. The entire order will be completed by the end of 2024. The contract was signed during the visit of President Andrzej Duda and Minister Mariusz Błaszczak to Turkey.