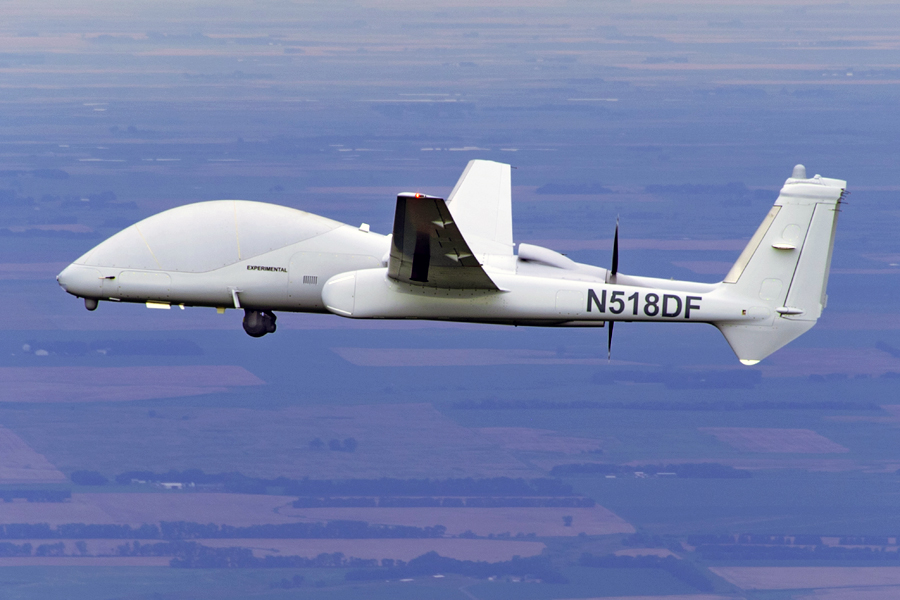 Northrop Grumman’s Optionally-Manned Firebird has demonstrated its operational flexibility in a near 9000 mile flight around the United States.

The ability of Firebird to be flown manned through national airspace is a demonstration of its unique operational flexibility for self-deployment and its rapid relocation ability to adapt to specific user needs and operational requirements. The company flew Firebird almost 9,000 miles around the US with stops in Dayton, Ohio; Washington DC; Patuxent River, Maryland; as well as Tampa, Miami and Key West, Florida.

“Our flights showcased one of its key differentiators – the ability to position the system in a manned configuration, then convert to autonomous operations for persistent ISR in under two hours,” said Jane Bishop, vice president and general manager, autonomous systems, Northrop Grumman. “At each stop, plane-side briefings provided customers the opportunity to see first-hand the operational versatility of the platform, its large sensor bay, and rapid configurability for changing mission needs.”

Firebird is a medium altitude long endurance unmanned aircraft system (UAS) that is designed for flexibility and affordability. Customers can install new payloads in as little as one day, and swap payloads in 30 minutes making the system suitable for numerous domains and missions.

Northrop Grumman solves the toughest problems in space, aeronautics, defence and cyberspace to meet the ever evolving needs of our customers worldwide. Our 97,000 employees define possible every day using science, technology and engineering to create and deliver advanced systems, products and services.