Home > Defence Equipment News > Arquus Will Be Exhibiting At IDEX 2021

Arquus Will Be Exhibiting At IDEX 2021 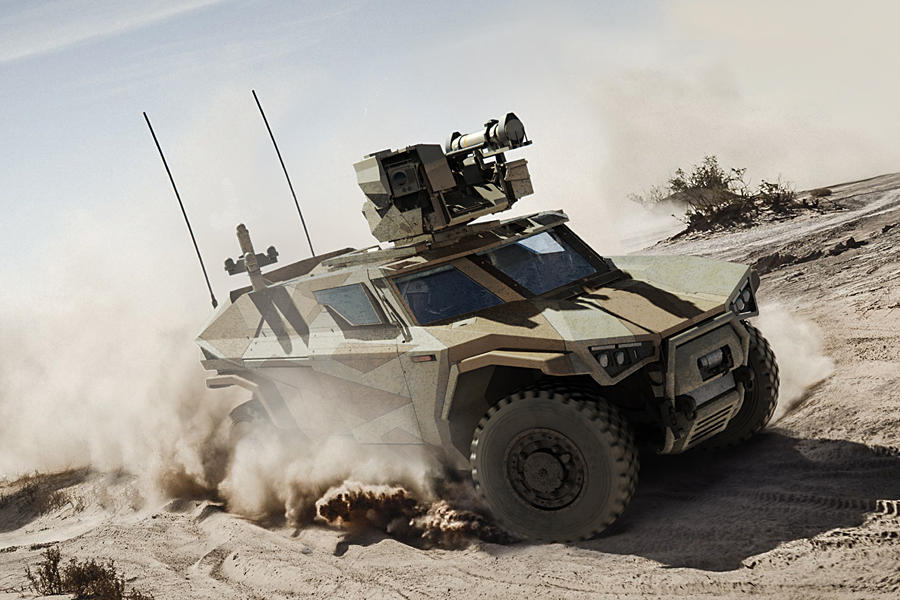 French armoured vehicle and remote weapon station manufacturer Arquus will be exhibiting its expertise at IDEX 2021 in the United Arab Emirates.

Major supplier of the French Army and partner to several governmental forces in the Middle East and North Africa, Arquus (formerly known as Renault Trucks Defense) will be present at the IDEX 2021 trade show.

Arquus is a European leader of land protected mobility, designer and manufacturer of world-renowned vehicles such as the VAB, the VBL, the Bastion and the Sherpa, many of which are already proudly serving in the Gulf region. Arquus offers comprehensive solutions for armies and security forces, ranging from 4×4 light vehicles to 6×6 and 8×8 armoured personnel carriers and infantry fighting vehicles. Arquus can also provide with a wide array of tailored drivelines and bases to create fully new, high-quality vehicles, designed with industrial partners to fit specific needs. At IDEX 2021, Arquus will display all of its expertise, including its most advanced products and technologies, among which the Scarabée and the Hornet RCWS range.

The Scarabée will be presented in Abu Dhabi for its very first show abroad. Arquus’ jewel, the Scarabée [Scarab] is the first military hybrid-drive armoured reconnaissance car ever. Compact, highly mobile and stealthy, the Scarabée can tackle any environment, from desert combat to confined or urban environment. Versatile and modular, it can serve as a reconnaissance car, a light cavalry vehicle fitted with a powerful auto-cannon, a missile-carrying tank killer or a mobile command post. It can serve in air assault units or quick reaction forces, accompany infantry units or pair up with Main Battle Tanks. Thanks to its electrical machine and its high-capacity batteries, the Scarabée can move and accommodate and action several sensors and energy-consuming systems while being perfectly silent. As the new definition for reconnaissance vehicles, it is perfectly suitable for modern armies seeking to equip themselves with light, versatile, highly mobile and powerful vehicles.

As the perfect complement to the Scarabée, Arquus will be presenting its very own Hornet remote-controlled weapon stations range, offered by the new Hornet Business Unit which is to be launched at IDEX. Comprised of two different RCWS, the Hornet range can accommodate several calibres and weapon systems, from 7.62mm guns to 40mm grenade launchers, on top of sensors and self-protection systems. Modular and connected, the Hornet RCWS offer unique performance on the market with full digital optronic units, day and night vision, laser rangefinder, full HD video, independent ring smoke grenade-launcher, collaborative combat capability, among other features. The Hornet range has been selected and qualified by the French Army to equip the new combat vehicles of the Scorpion program.

Arquus will also be offering the Fortress Mk2, one of the most advanced APC vehicles currently on the market. Extremely mobile with its independent suspensions and high-power engine, the Fortress Mk2 redefines the standards of military mobility. Built on Arquus’ long-running experience in designing and supporting all-terrain military vehicles, the Fortress Mk2 successfully combines excellent weight/power ratio with exceptional off-road capabilities.

It benefits from the latest technologies and the most advanced processes making this product particularly efficient and homogeneous. Its new armoured hull provides the Fortress Mk2 and its 11 passengers with very high levels of ballistic, mine and IED protection, without gaining any weight. With its excellent mobility, the Fortress Mk2 is an APC of choice which can be equipped with the latest vetronics suites such as Arquus’ Battlenet solution, as well as RCWS such as the Hornet for extra firepower and operational versatility in the field.

Last, but not least, Arquus will be discussing its VAB Mk3 IFV, already presented at IDEX 2019 with its Advanced Survivability System, designed to protect even further the vehicle against all the threats it could face on the battlefield, including tandem warheads. Building on the years of experience of the French Army’s 4×4 VABs, Arquus has designed a fully new 6×6 vehicle built for troop and systems transport. Highly mobile, the VAB Mk3 offers performance similar to an 8×8 with reduced costs of ownership. The VAB Mk3 is already in service in various armies in the region.