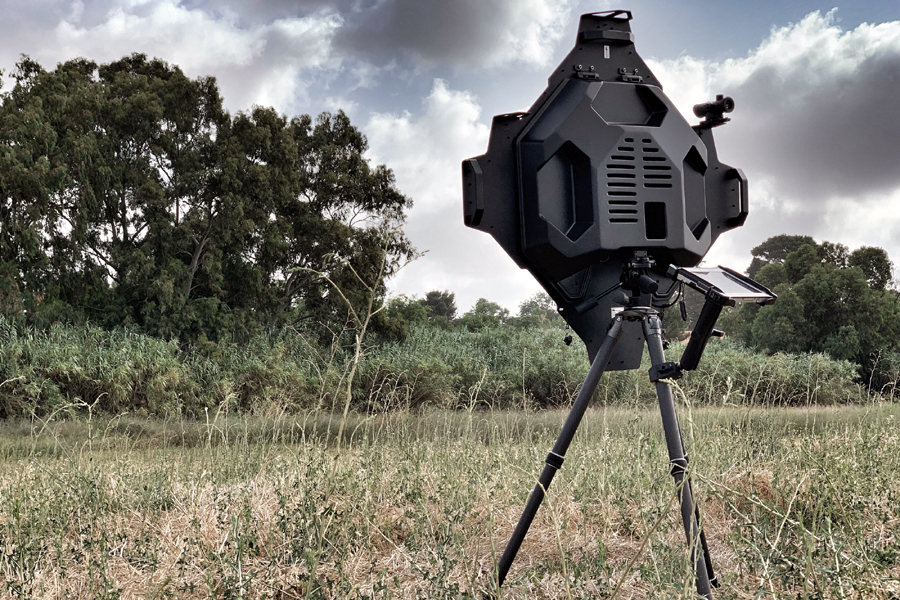 Press Release, Kfar Netter, 18 February 2021: Camero-Tech – an SK Group member, a world leader and pioneer in developing, producing and marketing of pulsed-based UWB micro-power radar ‘Through Wall Imaging’ systems – is launching its groundbreaking Xaver LR80 (XLR80) system, which enables detection of live objects behind walls, at distances of over 100 metres. This new capability provides a breakthrough operational advantage in a hostile environment.

Special Forces and law enforcement teams conducting urban and rural operations require reliable information regarding hidden live objects to determine the most suitable approach to ensure successful missions and life-saving. Penetrating through walls from a remote location, the XLR80 creates an unprecedented, real-time situational awareness picture of whether there are people present beyond the wall, and if so, how many, their exact distance and their direction of movement. The system is also highly sensitive for detecting unseen micro movements of static live objects. Being able to achieve these capabilities and the high sensitivity, is a game changer in various operational scenarios.

Controlled by a tablet with a simple user interface for intuitive interpretation, the XLR80 features integrated data recording and playback for post-mission analysis, training and debriefing. A dedicate sight is used for accurately directing the narrow beam of the system to the target. The system can be operated by a single user and it is ready for use by a push of a button.

“For the first time, the operator in the field has the ability to see through walls at such long distance,” says Amir Beeri﻿, CEO of Camero. “We have developed unique technology on which the XLR80 system is based on. An innovative Ultra-Wideband (UWB) sensor supported by patented algorithms and signal processing, provides the user with real time situational awareness while staying safe at more than 100 metres away from the target.”

The new XLR80 system is the latest addition to Camero’s Xaver family of products, which includes the Xaver 100, 400 and 800 and has been successfully deployed by elite customers around the world in military, law enforcement, intelligence and search & rescue applications. The Xaver family delivers significant capabilities in information gathering, anti-terror activities, hostage rescue, anti-narcotics operations, and many other urban operations and missions.

The XLR80 is completely radiation safe by meeting international standards for human exposure.