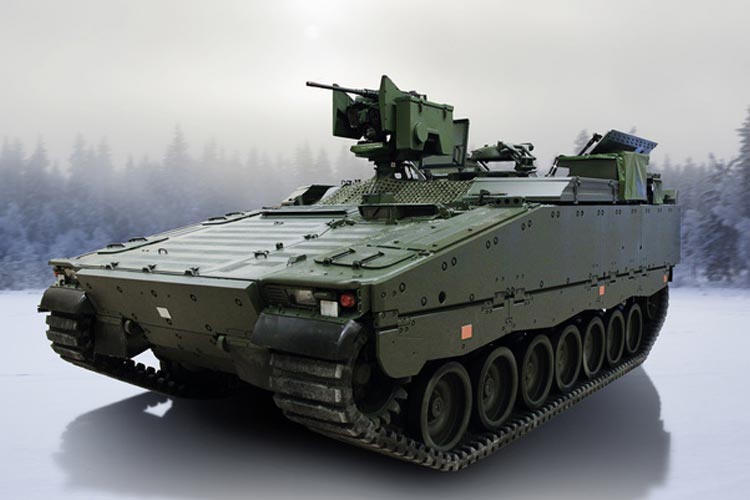 BAE Systems has received an order from the Norwegian Army for 20 additional CV90 Infantry Fighting Vehicles.

Press Release, Örnsköldsvik, 18 February 2021: BAE Systems has received an order from the Norwegian Army for 20 additional CV90 Infantry Fighting Vehicles to increase the combat power of its existing fleet.

The Norwegian Defence Materiel Agency awarded the more than $50 million contract that will increase the Army’s fleet to 164 vehicles as part of its effort to grow and modernise in the face of evolving threats.

Norway is one of seven CV90 users and is the latest customer to enhance its fleet of combat-proven CV90s following significant life extension and mid-life upgrade contracts from Switzerland and the Netherlands. The new Norwegian order for twelve engineering and eight multi-carrier CV90 variants is scheduled for delivery in 2023.

“We look forward to fielding another 20 modern CV90 combat support vehicles into the Norwegian Army,” said Brigadier Øyvind Johan Kvalvik, Norwegian Defence Materiel Agency´s Land Systems Division. “These additional vehicles will provide the Norwegian Army with the room for manoeuvre and combat power that the Army needs to be able to complete its missions using the most modern IFV vehicles in the world.”

BAE Systems Hägglunds, the manufacturer of the CV90 based in Örnsköldsvik, Sweden, will deliver the new vehicles in cooperation with Ritek, an established Norwegian CV90 partner. With Ritek at the centre of the local industrial cooperation hub, up to 30 potential Norwegian suppliers will be responsible for upgrading and repairing components, as well as delivering new subsystems and technology solutions as part of future upgrades for the Norwegian CV90 fleet.

“We have a strong track record of delivering on time, at cost, and high quality to the Norwegian Army. This follow-up order demonstrates the importance of successful relationships with in-country industry partners like Ritek,” said Tommy Gustafsson-Rask, managing director of BAE Systems Hägglunds. “As we work to enhance the Norwegian Army’s existing fleet of CV90s, deepening our existing relationships with local industry will naturally benefit our end users.”

BAE Systems and Ritek look forward to strengthening their relationship through the successful execution of this contract. “Our cooperation with the Norwegian Armed Forces and BAE Systems Hägglunds is based on trust and experience between all parties involved. We are very pleased with this new agreement which brings a positive local employment effect for Ritek as we focus on delivering this critical capacity to the Norwegian Army in the form of more combat support vehicles,” said Hilmar Olsen, general manager at Ritek. “We also expect the project to provide long-term opportunities for several other Norwegian suppliers across the country.”

Norway is one of seven European users operating the CV90. The others are Denmark, Estonia, Finland, Switzerland, Sweden and the Netherlands. With close to 1,300 vehicles in service in multiple variants, the vehicle is combat-proven and designed to accommodate future growth to meet evolving missions.