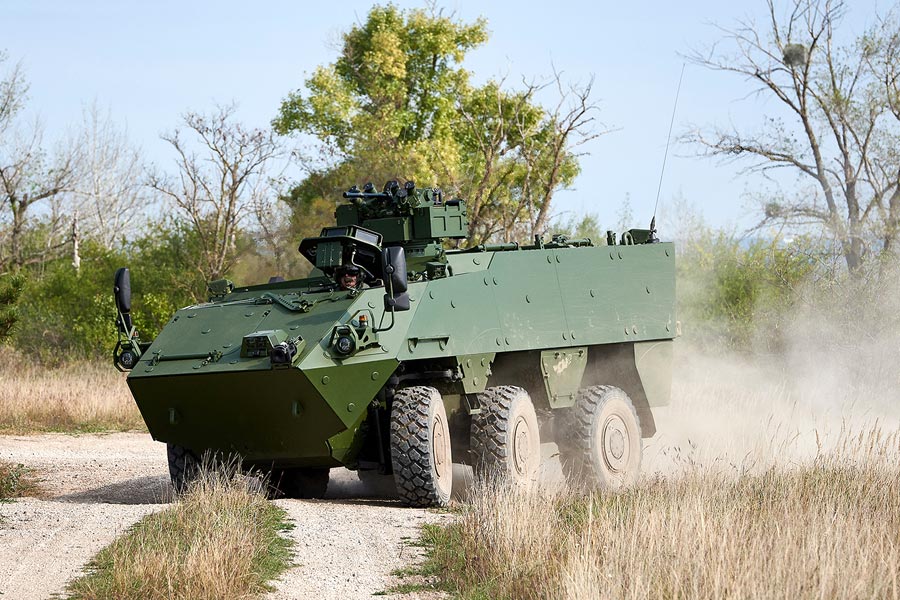 GDELS has announced it has been awarded a contract for the delivery of 30 PANDUR 6×6 Evolution armoured personnel carriers to Austria.

Press Release, Vienna, 26 January 2021: The Austrian Ministry of Defence awarded a contract on October 30, 2020 to General Dynamics European Land Systems – Steyr for the delivery of 30 PANDUR 6×6 Evolution (Evo) wheeled armoured vehicles. The new vehicles are designed as armoured personnel carriers (APCs) and can be quickly converted into other roles such as CASEVAC (casualty evacuation) due to their modular design. In addition to the 34 vehicles purchased in 2016 and based in the centre of excellence at the Jägerbataillon 17 in Straß / Styria, the Austrian Armed Forces will operate a fleet of 64 new PANDUR 6×6 Evo. Deliveries will be made in 2022 and 2023.

Since 1996, the PANDUR has successfully served in domestic and international peacekeeping missions. The significantly modernised version of the PANDUR MTPzUN, the PANDUR Evo, offers an unmatched compact vehicle design with a crew of 11 soldiers, superior mobility, and a significantly increased level of protection against mines and IED threats. The vehicles will be completely manufactured in Austria benefiting the local economy and securing hundreds of skilled jobs. More than 200 suppliers, mainly SMEs, are involved in this programme. “We are very proud that we have been awarded this important contract. The cooperation with the Austrian Armed Forces is excellent and underlines the great satisfaction with our products. In addition, this order secures hundreds of high-tech jobs due to the Austrian added value,” explains Martin Reischer, Managing Director of GDELS-Steyr. “We would like to thank the Austrian Armed Forces very much for their high confidence in us and our vehicle systems. Austria is one of our home-markets and as a reliable partner, we are fully committed to deliver these vehicles on cost, quality, and schedule,” Dr. Thomas Kauffmann, GDELS Vice President for International Business & Services, added.

Facts about the PANDUR: The PANDUR Family of Vehicles, available in 6×6 and 8×8 and amphibious or terrestrial configurations, serves as a common platform for various armament and equipment systems. It combines high mobility, survivability, and protection thanks to its internal drive train concept. The PANDUR ensures logistics commonality, versatility of armament and equipment, simple operation, excellent sustainability, high availability, in-house electronic architecture, and easy maintenance. GDELS-Steyr has built more than 3000 armoured vehicles (tracked and wheeled), thereof more than 800 PANDUR platforms are in operation worldwide, more than 500 in NATO member countries.