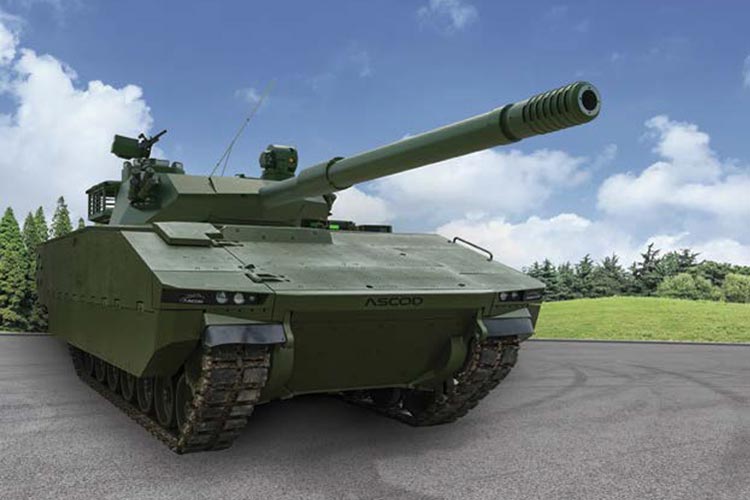 Elbit Systems has been awarded $172 Million contract to supply light tanks to an undisclosed country in the Asia-Pacific region.

Press Release, Haifa, 26 January 2021: Elbit Systems Ltd. announced today that it was awarded a contract valued at approximately $172 million to supply light tanks to the Army of a country in Asia-Pacific. The contract will be performed over a three-year period.

As the prime contractor, Elbit Systems will supply the ‘Sabrah’ light tank solution based on the tracked ASCOD platform that is manufactured by General Dynamics European Land Systems Santa Bárbara from Spain (GDELS), and on the wheeled Pandur II 8×8 platform manufactured by Excalibur Army from the Czech Republic. The 30-ton ‘Sabrah’ light-tank solution provides a unique combination of powerful fire capacity and high manoeuvrability. Both platforms will be equipped with a 105mm turret and a range of the Company’s subsystems, including electro-optical sights, fire control systems, TORCH-X battle management systems, E-LynX software defined radio systems and life support systems.

Press Release, Madrid, 26 January 2021: General Dynamics European Land Systems (GDELS) has been awarded a contract from Elbit Systems for ASCOD tracked armoured vehicles. The vehicles will be outfitted with the latest 105mm large-calibre turret and delivered to an Asian-Pacific customer over a period of three years.

With its modular design and open system architecture, the ASCOD can be outfitted easily for multiple roles, including as a Light Tank (LT) or Medium Main Battle Tank (MMBT), and outfitted with large-calibre cannons up to 120mm. Three other nations – Austria, Spain, and the United Kingdom – have already selected the ASCOD as their preferred tracked armoured vehicle platform. The vehicles for the fourth customer will be branded with the name Sabrah.

“We are delighted that the first customer outside of Europe selected our ASCOD as their future Light Tank platform,” said Dr. Thomas Kauffmann, Vice President of International Business & Services for GDELS. “It indicates a clear trend in the armoured vehicle segment to medium weight (≤ MLC 50) and multi-role platforms, which provide modern armies with commonality, interoperability, flexibility, as well as advanced military mobility, while significantly reducing logistic complexity and cost of ownership.”

“With this contract, the number of ASCOD vehicles in service or under contract reach 1,000 units, proof of the innovation of the system and its capability to adapt to all customers’ needs. The modular design and open architecture of ASCOD is a great example for this advanced approach,” Kauffmann said.

About the ASCOD: ASCOD is a modular vehicle design based on the successful Common Base platform concept developed by GDELS. ASCOD offers large internal volume at very compact dimensions, combining superior tactical manoeuvrability with a qualified mine protection and modular add-on armour. GDELS delivers open-architecture ASCODs to customers in an array of variants and roles, all sharing the same base platform, which reduces complexity and cost while providing custom solutions. For firepower, the ASCOD can accommodate a variety of turrets from different OEMs, ranging from 25mm to 120mm calibre, as well as anti-tank guided missiles (ATGM). With a robust and scalable design, the ASCOD’s gross vehicle weight (GVW) ranges from 30 to 45t, with different compact powerpack options exceeding 1000hp, and with enough payload reserve for future technology insertions and growth. It is able to accommodate up to 11 personnel, even with a turret, and its digitised NATO open-architecture enables interoperability as well as the integration of subsystems from other vendors. ASCOD is a proven and modern combat vehicle able to cope with current and future needs.