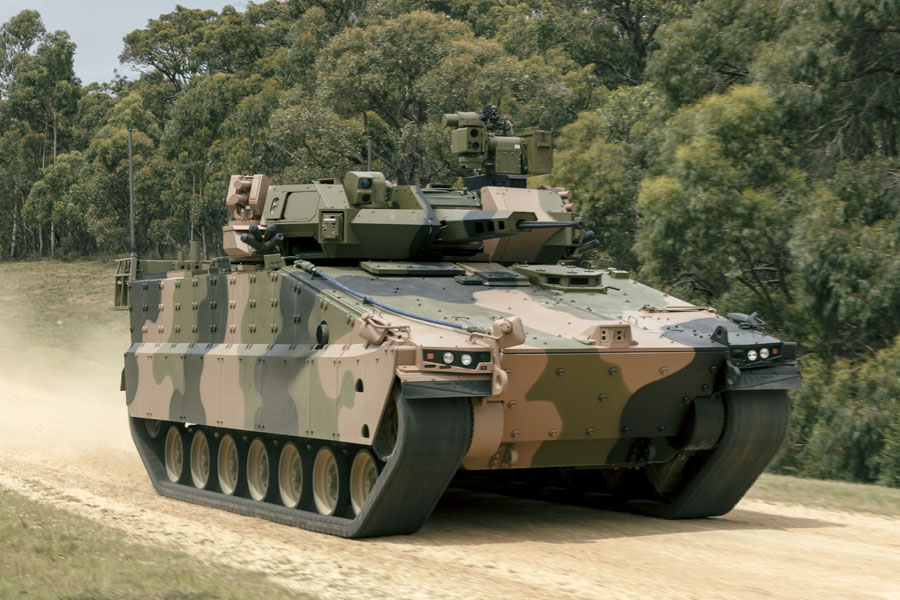 Press Release, Melbourne, 12 January 2021: Hanwha Defense Australia and Team Redback has today officially launched the Redback Infantry Fighting vehicle ahead of delivering three Redback vehicles to compete in the test and evaluation trials being conducted as part of the Risk Mitigation Activity for project Land 400 Phase 3.

Land 400 Phase 3 is an $18 to $27 billion project tasked to acquire a fleet of tracked Infantry Fighting Vehicles that will replace the M113AS4 fleet. This is the first time that the ADF will have a dedicated Infantry Fighting Vehicle and will be the cornerstone of the Army Close Combat Capability. Close Combat Capability is the chief contribution of Army to combat operations. The Risk Mitigation Activity involves detailed test and evaluation of the vehicles that will be undertaken throughout 2021 with the aim of providing objective quality evidence to support a Government decision on the preferred tenderer.

Team Redback is the group of companies led by Hanwha Defense Australia that will deliver the best of breed technologies from around the world and Australia. Team Redback currently includes Electro Optic Systems, Elbit, ECLIPS, Milspec, Bisalloy, Soucy, Marand and CBG Systems and continues to expand rapidly.

The aim of Team Redback is to deliver an Infantry Fighting Vehicle capability to the Commonwealth that integrates the best of Korean manufacturing expertise and armoured vehicle design with Australian production, supply and integration know-how. Hanwha’s Redback is a next generation IFV developed specifically for the Australian Infantryman with advantages literally built into it from the ground up.

Equipped with advanced situational awareness systems normally found on jet fighters such as see through vision and helmet slaved systems, the Redback rides on rubber tracks that reduce noise and vibration while offering superior ride quality for its crew and the soldiers it protects.

The vehicle boasts an advanced layered protection system including Elbit’s active protection system, Plasan’s world class armour and a structure designed to protect occupants from the effects of blast.

All this is supported an independent suspension system which does not use torsion bars thus supplying more space for innovative blast mitigation systems which remove the dependence on old fashioned suspended footrests and other design constraints. The Redback’s Australian turret has Active Protection Systems, onboard training systems and situational awareness technology all brought together for the first time in a dedicated IFV turret designed right from the start around the infantry soldier.

All integration work needed to prepare the Redback for the Risk Mitigation Activity trials has been undertaken locally by members of Team Redback as part of an unprecedented Australian Industry Capability component of Hanwha’s Land 400 Phase 3 bid.

Redback’s main armament is a Mk44S Bushmaster II 30mm cannon capable of firing all natures of 30mm x 173mm ammunition in service with 19 nations, including the US, the UK, and other allies and NATO forces. The cannon fires ammunition from numerous providers, including advanced munitions such as proximity fused rounds. Every cannon is fitted with a fuse setter for programmable rounds such as programmable air burst munition and proximity fused rounds. It can also be rapidly upgraded to the 40mm Supershot by exchanging three parts, giving increased lethality without the need to modify the turret or cannon. The Redback is also armed with a 7.62mm co-axially mounted machine gun, and the Electro Optic System’s remote weapons station can be fitted with a range of weapons including 7.62mm machine gun, .50 calibre machine and an automatic grenade launcher.

“The Redback is a highly advanced infantry fighting vehicle and I believe it to be the safest and most lethal on offer to the Commonwealth,” said Richard Cho, Managing Director of Hanwha Defense Australia. “The Risk Mitigation Activity is a great opportunity for the Commonwealth to become familiar with the highly advanced technology seamlessly integrated in Redback.

“The Iron Vision system that allows the Redback’s crew to effectively look through the hull of the vehicle as though it isn’t there is an absolute game changer when it comes to operating heavy armoured vehicles in close company with dismounted troops,” Mr Cho said.

If selected for Land 400 Phase 3 Hanwha will construct the vehicles at a purpose-built facility in Greater Geelong heralding the return of large-scale vehicle manufacturing to the area. The three Redback Infantry Fighting Vehicles to be used in the RMA have been built using Australian made Bisalloy steel from the company’s plant in Unanderra, just south of Sydney A range of other technologies will be showcased including an Australian developed T2000 turret that will be test fired later this year as part of the RMA trials. Australian owned and operated company Electro Optic Systems will develop, manufacture and support the T2000 turret in Australia. It will combine the proven Elbit MT30 Mk2 turret with EOS’ fire control and electro optic technology. This would provide a sovereign capability to maintain and update the key turret systems in Australia. The company has focused their integration efforts on improving interoperability between high-tech components while maximising protection, utility and vision for the crew.

According to the Price Waterhouse Coopers report commissioned by Hanwha the company’s Land 400 Phase 3 Australian Industry Capability package will generate $9 billion in total economic impacts across Australia with $5.7 billion generated in Victoria.

“The Redback would represent a huge step forward for the Australia Defence Force in terms of its capability to deliver land forces safely and effectively in very high threat scenarios,” Mr Cho said.

“Local production of the Redback by Hanwha Defense Australia also represents a significant opportunity for Australian industry and could become the cornerstone of advanced manufacturing and technology transfer between the Republic of Korea and Australia.” 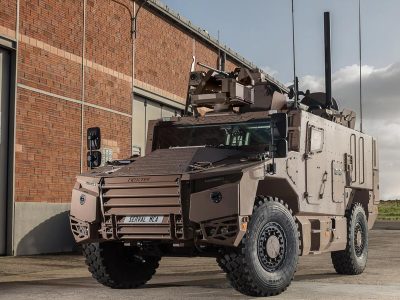 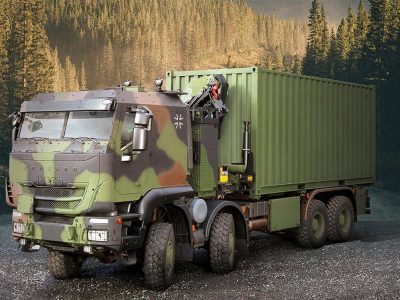 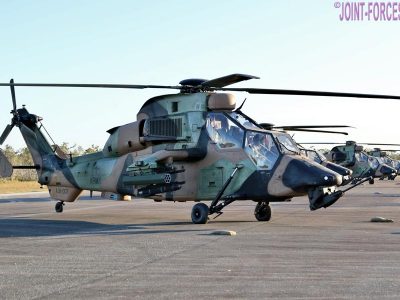 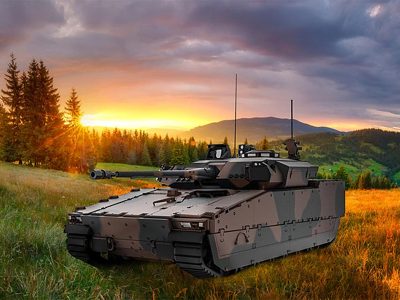