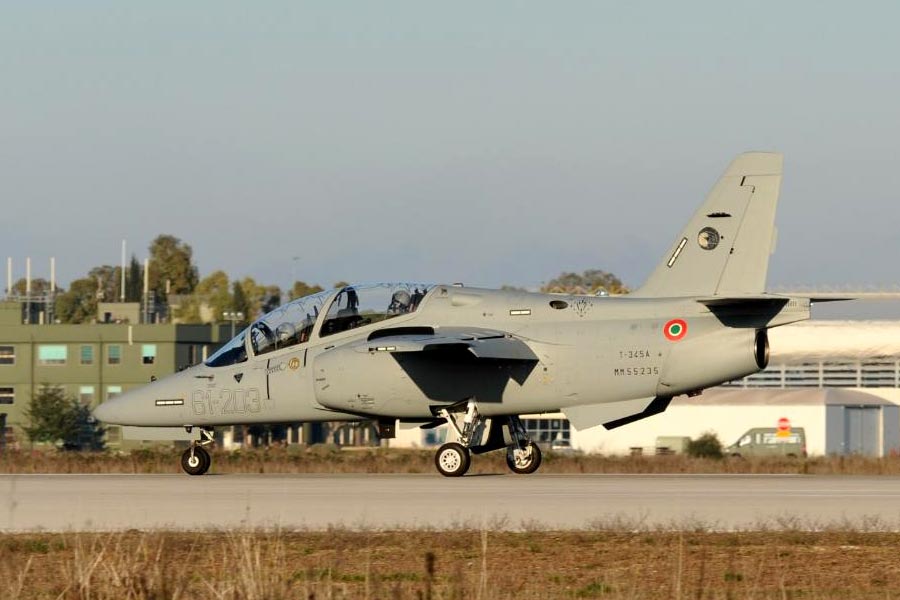 Leonardo has announced the delivery of the first two M-345 jet trainer aircraft, designated T-345A, to the Italian Air Force.

Press Release, Rome, 23 December 2020: Yesterday Leonardo delivered the first two M-345 jet trainer aircraft to the Italian Air Force, which to-date has ordered 18 units from a total requirement for up to 45 aircraft. The new type, designated T-345A by the Italian Air Force, will gradually replace the 137 MB-339s which have been in service since 1982.

Marco Zoff, Leonardo Aircraft Managing Director, said: “Building on our heritage and expertise in jet trainers, the M-345 will allow our customers to achieve a significant improvement in training effectiveness while at the same time reducing operating costs. This first delivery to the Italian Air Force is a key milestone, the result of a longstanding and productive team working closely together with the operator.”

The new M-345, designed to meet basic and basic-advanced training requirements, will complement the in-service M-346, which is used for advanced pilot training. Leonardo’s integrated training system developed around the M-345 platform, is representative of the company’s technological leadership in training pilots to fly current and future generation aircraft. The system benefits from experience with, and technology developed for, the M-346, which includes a ‘Live Virtual Constructive’ capability. This allows aircraft which are flying live training missions to incorporate simulated ‘friend or foe’ elements into scenarios, allowing the pilot to be exposed to the full range of possible operational situations.