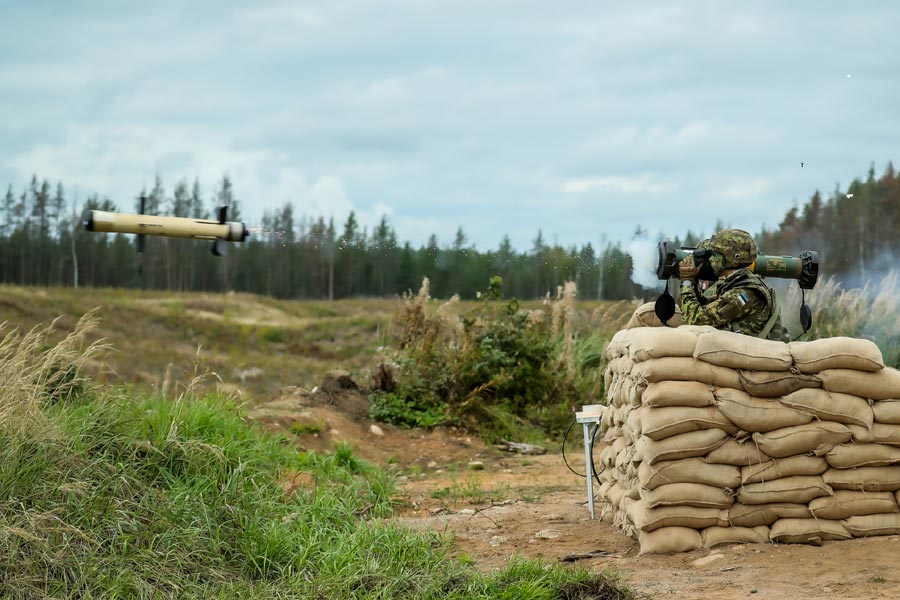 EuroSpike’s – a European Joint Venture between Rafael Advanced Defense Systems, Diehl Defence and Rheinmetall Defence – SPIKE SR is part of the wider, multi-platform, multi-purpose, multi-range SPIKE family of electro-optical missiles. It is an advanced, shoulder-launched, guided missile, designed for modern infantry warfare. SPIKE SR benefits include a light weight of only 10kg, operational simplicity, and an enhanced range of 2000 metres. SPIKE SR’s ease-of-use allows the lower echelon infantry to qualify rapidly and to sustain a high level of operation with almost no continuous training.

During the demo (see video above) the EDF evaluated the system’s operation and fired two SPIKE SR missiles successfully, with precise target hits. In addition to the firing of live rounds, the EDF activated the different training means of the weapon system, including outdoor and indoor trainers. The EDF also evaluated the high level of portability of the SPIKE SR, and the highly-effective tandem HEAT (High Explosive Anti-Tank) warheads, which allow advanced modern armour penetration, and the critical stand-off range of 2000m.

These capabilities enhance infantry crew survivability when facing today’s modern tank threat that includes better armour, greater stand-off ranges and advanced optics, which place ATGM units at risk. With its very low signature and single-soldier operation, SPIKE SR enables forces to shoot-and-scoot without exposing their location. This is a crucial capability for both high intensity conflict, when facing an armoured invasion, as well as in hybrid warfare, when proxy armoured forces operate to hold ground.

The demo was attended by several European delegations, members of the SPIKE User Club, and was preceded by brief instruction of the EDF team on the operation of the weapon. Packed in a 98 cm long canister, SPIKE SR is highly portable, allowing infantry to easily and rapidly deploy with the weapon in any ground infantry manoeuvre.

In September 2019, the Estonian MoD signed a 40 million Euro framework agreement with Eurospike for the supply of SPIKE LR ATGMs, launchers and associated maintenance and training. The contract included ICLU (Integrated Control Launch Units) launchers and live SPIKE rounds. Estonia is one of 35 user nations of the SPIKE missile, and one of 19 users in the EU and NATO. More than 33,000 SPIKE missiles have been supplied to-date around the world, with over 5,500 SPIKE missiles fired both in training and in combat.