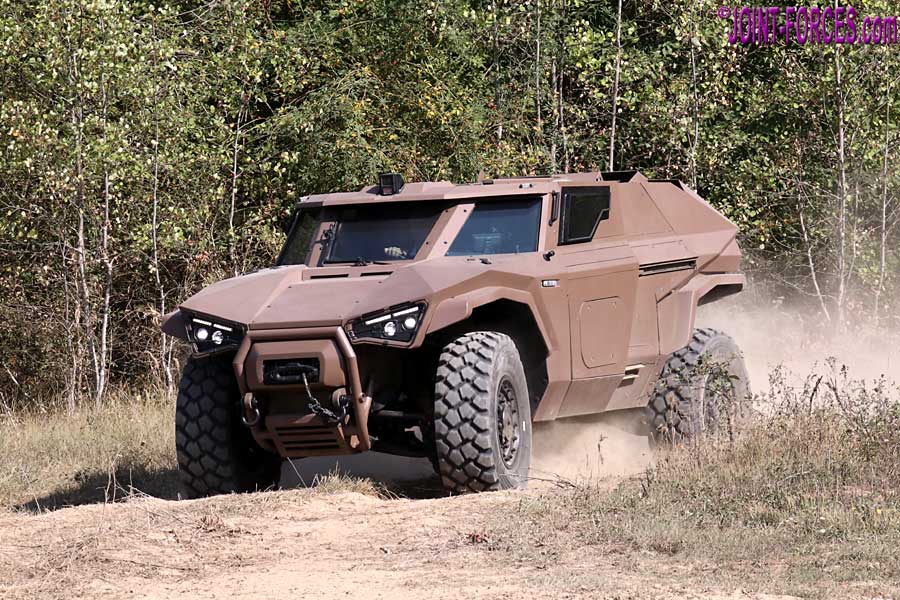 First announced by French manufacturer Arquus at the Eurosatory 2018 defence expo and unveiled at the 2019 Paris Air Show, the hybrid drive Scarabée (French for Scarab) should have been one of the stars at this year’s biennial expo at the Villepinte expo but COVID-19 led to the show’s cancellation.

With the pandemic near a low point, though far from stamped out yet, Arquus organised yesterday’s socially-distanced opportunity for their range of military vehicles, including what could well be the future VBL replacement, to be viewed in action by the specialist (predominantly French and Belgian) defence and automotive media. We plan to produce an in-depth feature on the dynamic display in due course, but in the meantime we are sure many of our readers will be keen to photos of the next generation vehicle.