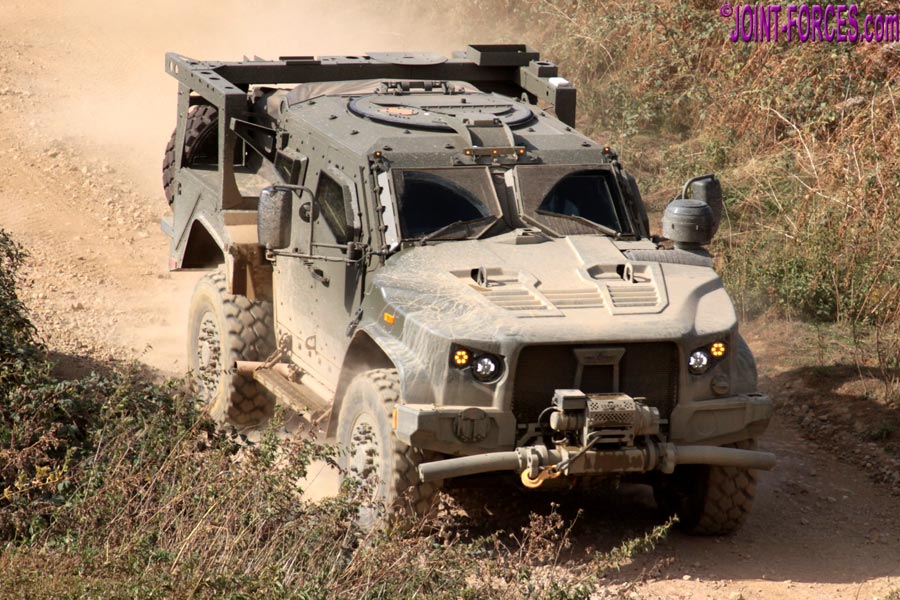 The Belgian Government has given the green light for the acquisition of 322 Oshkosh JLTV CLV (Command and Liaison Vehicles).

Press Release, 11 September 2020: [Auto-translation] On Friday 11 September, the Council of Ministers gave the green light to the acquisition of 322 Command and Liaison Vehicles (CLVs), as well as to an open multi-year agreement for technical assistance. The American company Oshkosh has won the €135 million contract with its Joint Light Tactical Vehicle (JLTV). The delivery of the first vehicles is scheduled for 2023.

In accordance with the strategic vision, the CLV will succeed the current Iveco LYNX. The new CLV will dramatically increase occupant protection and equip Défense with vehicles suited to current and future threats when deployed. These vehicles will be used for command and liaison missions and will better protect personnel against mines, ballistic missiles and Improvised Explosive Devices (IEDs). The integration of a Remote Controlled Weapon Station (RCWS), the FN DeFNder Light 7.62 from FN Herstal, is planned on 135 of these vehicles.

Quality: La Défense sought a Military Of The Shelf (MOTS) product to avoid unnecessary development costs. The programme was therefore looking for a mature vehicle that had already been delivered to partner countries. This means that the vehicle has undergone an in-depth lifetime charge analysis in a partner country (USA). Among other things, payload, tactical mobility and passive occupant protection were taken into account.

CaMo: Within the Land Component, the need was aligned with the CaMo programme. 302 CLV and 90 LMV will ensure the Belgian level of ambition. The Medical Component will be able to count on 20 highly protected CLVs.

The Belgian CLV is the proven Joint Light Tactical Vehicle (JLTV) platform from Oshkosh equipped with Belgian communication systems. The JLTV is currently used by the US military.

“The Belgian Defence opted for a worldwide competition in which ‘money for value’ was the only criterion,” said Director Land Systems Colonel Filip De Varé. “The CLV will be integrated in the CaMo programme, an international partnership between the French and Belgian land forces.”

As a globally recognised leader in the design and production of military vehicle systems, Oshkosh Defense has the capacity to support both domestic and international customer demand.