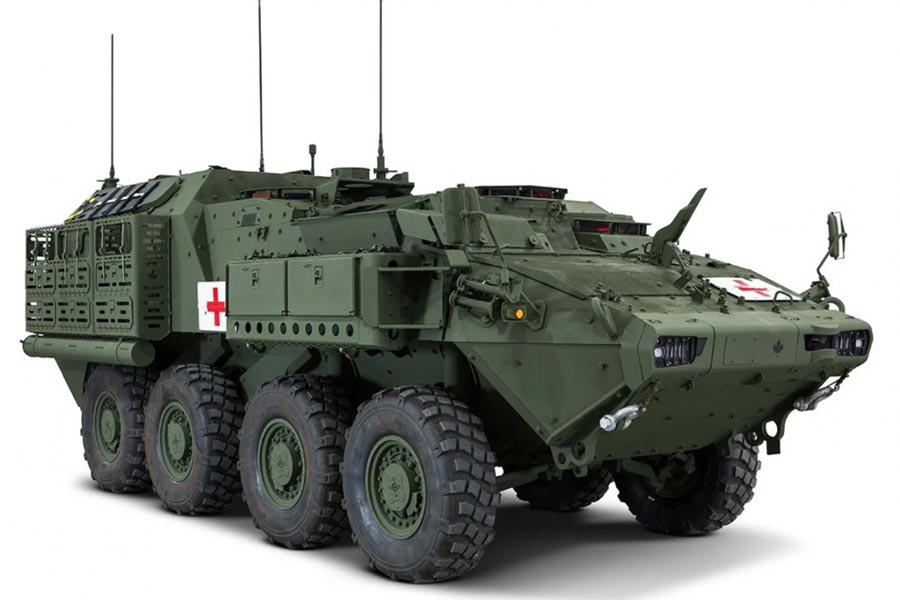 DND News Release, Ottawa, 04 August 2020: Production on the first Armoured Combat Support Vehicle (ACSV) has begun in London, Ontario at the General Dynamics Land Systems-Canada manufacturing facilities. These new vehicles will fulfil a variety of combat support roles such as that of Troop/Cargo Vehicle (TCV), ambulance, command post, and mobile repair and recovery.

The contract for this project was awarded last September, and since then, a number of subcontracts have been awarded by General Dynamics to allow work to start. These subcontracts represent over $137 million in investments to more than 30 Canadian businesses from coast to coast to coast, creating and sustaining over 400 jobs across the country.

This is a big step forward as the government continues to deliver on Strong, Secure, Engaged, Canada’s first fully costed and funded defence policy. As per the Industrial and Technological Benefits Policy, General Dynamics will re-invest an amount equal to the value of the contract to create and sustain well-paying jobs across the country.

These vehicles will replace the current fleets of M113 Tracked Light Armoured Vehicle (TLAV) and the LAV II Bison. The first vehicle is expected roll off the production line this December, with deliveries occurring through February 2025. Testing, training, and procurement of spare parts will be required before the initial vehicles are distributed to Canadian Armed Forces bases in 2022.

“These vehicles will form the backbone of the Army’s combat support fleet, and be used on a wide range of operations including domestic disaster relief and international peace support missions. Thanks to the flexibility found in our defence policy, Strong, Secure, Engaged, work on the vehicles has started years earlier than expected and ensures that we continue to support well-paying Canadian jobs and critical innovation in communities across the country.” The Honourable Harjit S. Sajjan, Minister of National Defence

“Our government has ensured that this contract supports Canadian jobs and provides benefits to Canadian industry, including small and medium-sized businesses. Through the Industrial and Technological Benefits Policy, this project will continue to strengthen key industrial capabilities that support the Canadian Armed Forces and help to keep Canada’s economy strong.” The Honourable Navdeep Bains, Minister of Innovation, Science and Industry