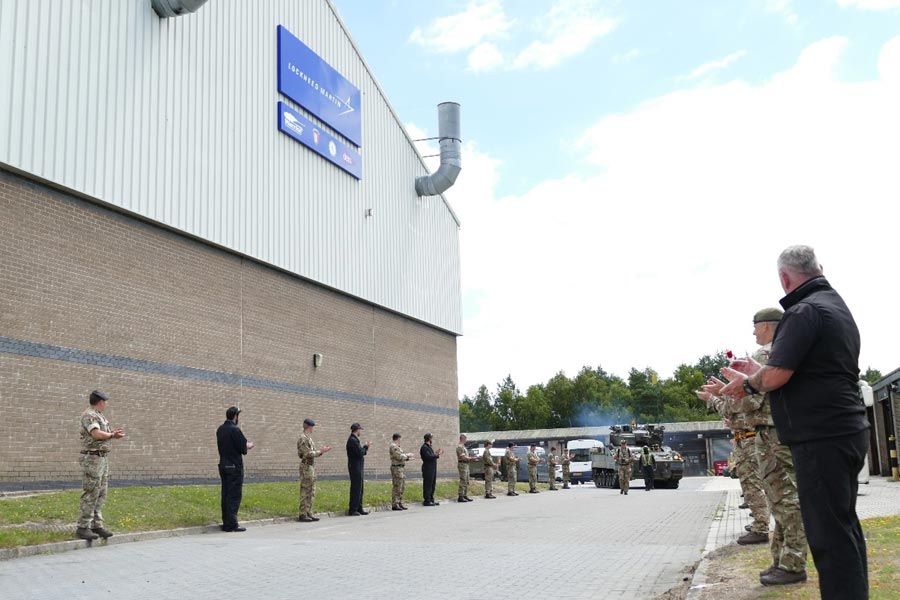 BFMs are a key element of the enduring Reliability Growth Tests, which are made up of a combination of Qualification and Verification activities and representative BFMs. By the time the development programme comes to a conclusion, the vehicles will have travelled the equivalent distance of a return journey from the North to the South Pole.

WCSP trials, which started in 2019, are now at a significant point in the development programme. There have been a number of successful first-time events that have demonstrated the game-changing enhancements made to the platform. Once in-service, the updated and modernised platform will provide the British Army with the Armoured Fighting Capability it needs and it will serve for several decades to come.

Keren Wilkins, Warrior Capability Sustainment Programme Director at Lockheed Martin said: “This is a tremendous achievement – the programme is at an exciting and equally critical point. With half of the trials successfully behind us, we’re now preparing for the second and final phase of Reliability Growth Tests.”

“The Programme has turned a real corner, it continues to run to schedule and has demonstrated a number of successful first-time events. Despite some of the challenges presented by COVID-19, the joint team has pulled out all the stops to complete this significant milestone. The trust, transparency and partnership across the team truly underpins the progress that is being made on the programme.”

Col Howard Pritchard, Assistant Head Combat Programmes Deliver for the British Army, said: “I am delighted to see that Warrior CSP remains on target to successfully reach its reliability growth targets. Achieving the 59th BFM against the backdrop of COVID-19 social distancing measures and Government guidelines has been a challenge for all but overcome through excellent team work and collaboration between the Army, DE&S and Lockheed Martin joint team.”

WCSP addresses key capability gaps faced by the legacy vehicle. Once in-service, the significantly enhanced capability will change the way the British Army operates, enabling soldiers to carry out tasks in an even safer, and more modern environment.

The key upgrade being delivered by Lockheed Martin is the ability to fire-on-the-move with the new CT40 stabilised cannon. The new digital turret will not only upgrade the lethality of the platform, but the enhanced situational awareness will provide soldiers with a far greater understanding of the battlespace.

Marcus Bruton, WCSP Team Leader for Defence, Equipment and Support, said: “Reaching the 59th BFM on the Warrior CSP reliability trials is a significant achievement and testament to the great collaborative working between DE&S, the Armoured Trial and Development Unit and Lockheed Martin.”

The updated platform will provide a future proof UK sovereign Armoured Fighting Capability which supports 900 skilled jobs across the UK supply chain, many of which are small-medium sized British businesses. A WCSP production contract will protect these jobs and lead to the creation of even more UK jobs to produce and sustain the capability.