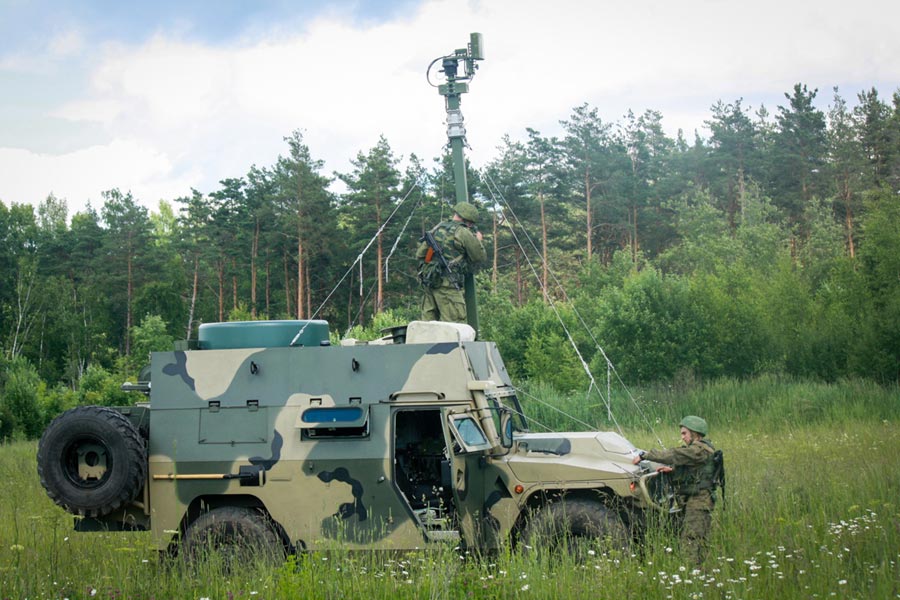 Press Release, 29 July 2020: (Auto-translated) The communication unit of the Southern Military District in the Stavropol Territory received the latest P-230T control vehicles based on the Tiger-M armoured car.

The new control vehicle is equipped with satellite communications with a data transfer rate of up to 10Mbit/s and HF radio stations, which ensures reliable communication within a radius of up to 50 km with 300 subscribers. Modern telecommunication equipment organises secure telephone, video conferencing and electronic correspondence to the control centre of the commander of the connection with the higher headquarters in a continuous mode, both on the move and in the parking lot, while there is no need to deploy the equipment. Automated workstations in the state-of-the-art command vehicle enable the command to see the operational situation in the mission area in real time, and the unit commander to immediately transmit information about the situation change.

The complex has increased noise immunity: the encoding of transmitted messages is reliably protected and excludes the possibility of decoding during radio interception. The complex also includes autonomous power supplies and life support systems.