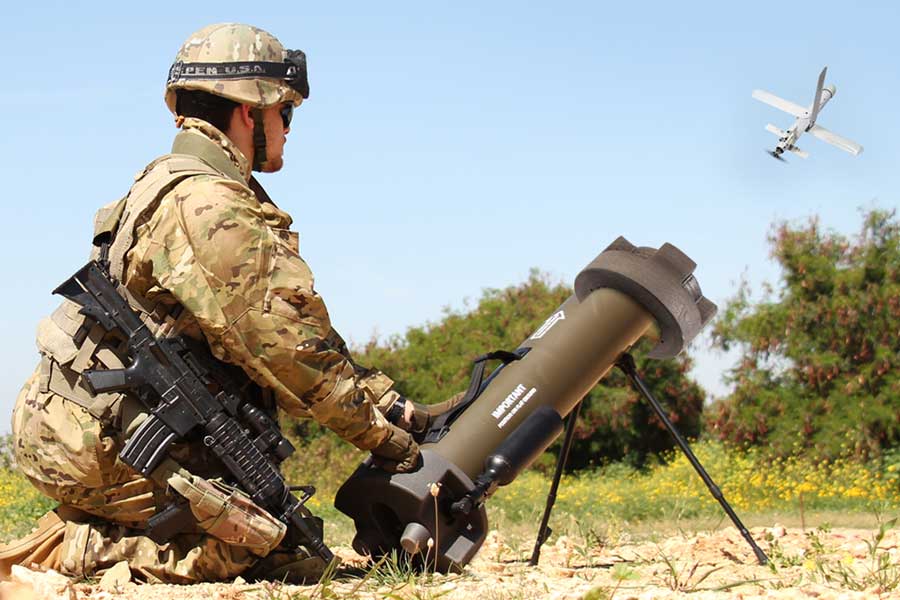 Press Release, Israel, 13 July 2020: UVision Air Ltd., a global leader in Loitering Munitions Systems of all sizes for a variety of missions, reveals that its high-precision, light-weight man-pack portable Hero-30 system is already in use by various IDF units. The Hero-30 have been procured by the Israel MoD and put to operational IDF forces use, after proving its highly advanced capabilities in an extensive process of evaluation, tests and trials, meeting strict IDF technological and operational requirements.

“Meeting the requirements of today’s new battlefield doctrines for combat operations in complex, dynamic environments is our goal. With a wide range of advanced, cost-effective technologies, the systems enable high-precision strikes with minimal collateral damage. Our range of lethal loitering solutions with their unique characteristics are becoming a core required capability of leading military forces worldwide and of the IDF in particular”, says UVision’s CEO, Maj. Gen. (ret.) Avi Mizrachi.

The Hero-30, developed and manufactured by UVision, incorporates high level of precision attack and abort capabilities. These simple to operate systems allow front-line forces the ability to initiate operation, as well as to respond to any enemy target or threat that arises and eliminate it with pinpoint accuracy. The Hero-30’s on the move advanced capabilities include striking targets with high precision of tracking and lock-on, a last- second-mission-abort and re-engagement for a second attack attempt or change of target. Its versatile instalment configurations (man-packed, vehicle mounted or stationary) make it perfectly suitable for diverse operational scenarios.