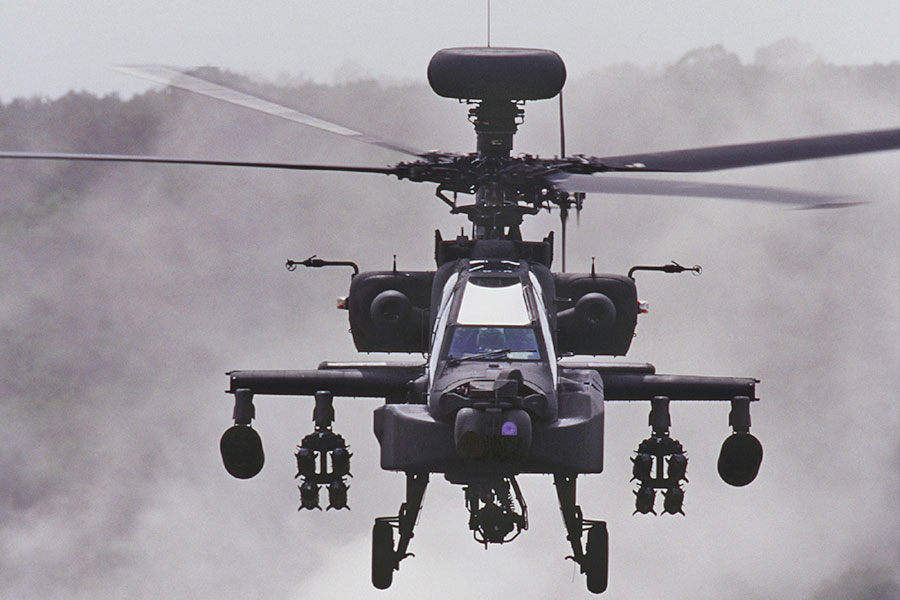 Continuing in service today with the US Army and multiple international defence forces, the AH-64D Apache Longbow helicopter was initially delivered to the US Army in April 1997 and in 2003 was deployed in support of Operation IRAQI FREEDOM [Boeing photo]

Boeing recently delivered its 2,500th AH-64 Apache helicopter, an E-model Apache for the US Army, from the company’s production line in Mesa, Arizona.

The first production AH-64, an A-model Apache, rolled off the assembly line on September 30, 1983, and was delivered by Boeing heritage company McDonnell Douglas to the US Army in January 1984. Today, Boeing is producing and delivering AH-64E helicopters to a growing list of customers around the world.

“The Apache has built an impressive legacy of success, and is well-positioned to bring relevant technologies and capabilities that defence forces require today and in the future,” said Kathleen Jolivette, vice president of Attack Helicopter programmes and senior Mesa site executive. “Company teammates and suppliers worldwide are focused on assembling, delivering and supporting US and global customers working to deter aggression and defend freedom. Apache is ready to have a key role in the future of multi-domain operations.”

Selected by, or in service today with the US Army and the defence forces of 15 nations, Apache helicopters are slated to fulfil the requirements of aviators and battlefield commanders for decades to come. Planned modernisation has ensured that Apaches have evolved with revolutionary technologies. Today’s helicopters feature capabilities for resiliency in multi-mission operational environments.

“As a former Army aviator with military service dating back to October 1978 and later selected to fly the first AH-64A and later the AH-64D model Apaches, it’s a thrill today to be a part of the crews who complete flight testing on aircraft during development and prior to delivery to customers,” said Dave Guthrie, Boeing’s chief pilot for Apache programmes. “I know that I’m part of this helicopter’s history and its future.”