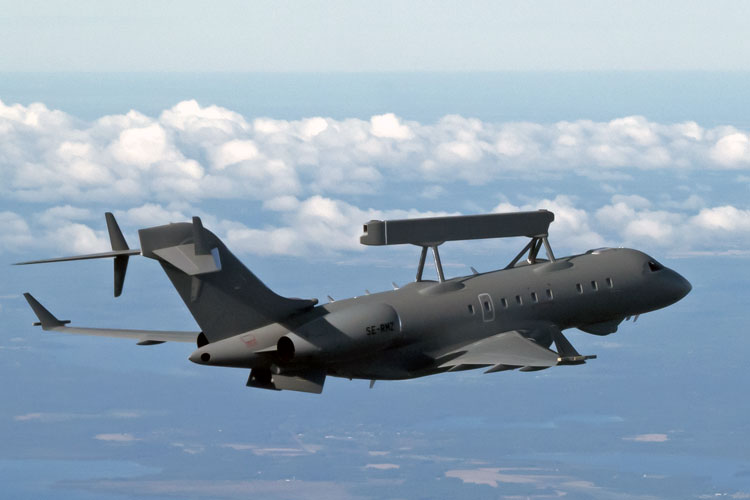 Saab has today [29 April] announced it has delivered of the first GlobalEye Swing Role Surveillance System aircraft to the United Arab Emirates.

Press Release, Linköping, 29 April 2020: The United Arab Emirates has ordered three GlobalEye aircraft, with the initial contract signed in late 2015. In November 2019 the country also announced its intention to complete a contract amendment for the purchase of an additional two systems.

“The delivery of the first GlobalEye is a major milestone for Saab, but also an important step in the history of airborne early warning and control. We have set a new standard for the market and I am proud to say that we have delivered the most advanced airborne surveillance solution in the world to the United Arab Emirates”, says Micael Johansson, President and CEO of Saab.