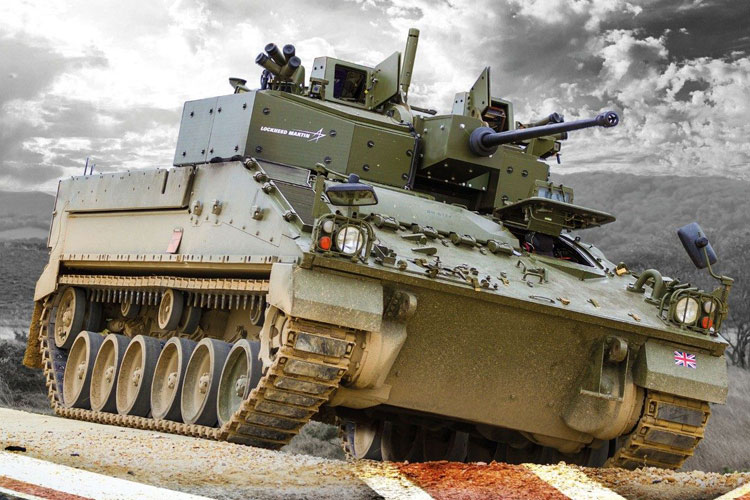 On Tuesday 21st April 2020 the UK Ministry of Defence Land Equipment office at Abbey Wood dispatched a Voluntary Ex Ante Transparency Notice announcing intent to award a contract, worth an estimated £800 million, to Lockheed Martin United Kingdom for the ‘Upgrade of Warrior 1 to Warrior 2 (WCSP)’.

Two days later the award was announced in the Tenders Electronic Daily Supplement to the Official Journal of the EU, ending speculation that the delayed programme might be cancelled after no announcement of the long-expected award was made at this year’s International Armoured Vehicles conference in London in January. Originally expected to have an In Service Date of 2020, when first conceived the Warrior Capability Sustainment Programme (WCSP) called for 380 FV510 Warrior family vehicles to be upgraded – 245 with new turret and main armament and 135 without turrets to serve as Armoured Battlefield Support Vehicles – to extend their service life until 2040 but in 2016 budget cutbacks would see the ABSV element being cancelled.

In October 2011 the Development Contract for WCSP was awarded to Bedford-based Lockheed Martin UK, following a competition with BAE Systems, and according to the manufacturer the delivery to the MoD of all eleven vehicles, including five variants, “was completed by July 2018 ready for final preparation for Reliability Growth Trials to demonstrate the reliability and performance of the capability.” It is believed that the batch supplied to ATDU (Armoured Trials and Development Unit) in Bovington comprised six section Infantry Section Vehicles, plus Command, Repair & Recovery, Recovery and Artillery Observation Post variants. In January 2020 it was announced by the company that as part of the reliability trials phase 40 Battlefield Mission trials sequences had been successfully completed.

The recently published VEAT Notice issued by Abbey Wood states: “The Warrior Capability Sustainment Programme (WCSP) is part of the UK Ministry of Defence (MoD) and intends to place a contract with Lockheed Martin UK Ampthill Ltd (LMUK) for the manufacture and supply of Warrior 1 vehicle updated with WCSP Capability vehicles. WCSP will upgrade the current Warrior to meet the requirements of the British Army and extend its scheduled Out of Service Date to 2040. The programme is concentrated on improving lethality, fightability and survivability.

No precise quantities were mentioned in the Notice but, as the British Army is in the process of restructure which sees Strike Brigade battalions using wheeled armour replacing some Armoured Infantry battalions which use tracked armour, it is likely that only around 30% of the original FV-510 family (i.e. Warrior 1) will now be upgraded to FV-520 family (i.e. Warrior 2) standard.

Footnote – No formal Press Release has yet been issued by either UK MoD or LMUK but a company spokesperson stated to BATTLESPACE News last Friday: “The MoD has published a Voluntary Transparency Notice stating their intent to enter into negotiations for a single source contract with LMUK for WCSP Manufacture. A Voluntary Transparency Notice is used to announce a procurement decision that the Authority intends to place a non-competitive contract under OJEU (Official Journal of the EU) procedures. Lockheed Martin is pleased to confirm that we continue to work closely with MoD to bring the essential WCSP capability into service. The MoD will publish a Contract Award Notice if negotiations are successful and a contract is awarded to LMUK for Manufacture.” 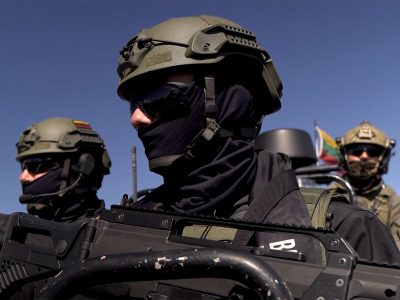